Gai Waterhouse has been a trailblazer for women in racing for three decades and hopes to celebrate her 150th Group 1 winner with Alligator Blood in the Stradbroke Handicap at Eagle Farm on Saturday.

Since starting her training career in March, 1992, Waterhouse has tried and failed numerous times to claim Queensland’s premier sprint.

Waterhouse has been in a training partnership with Adrian Bott for the past six years and moved within one win of her Group 1 milestone when the pair won the Randwick Guineas with Converge and Sydney Cup with Knight’s Order during the Sydney autumn carnival. 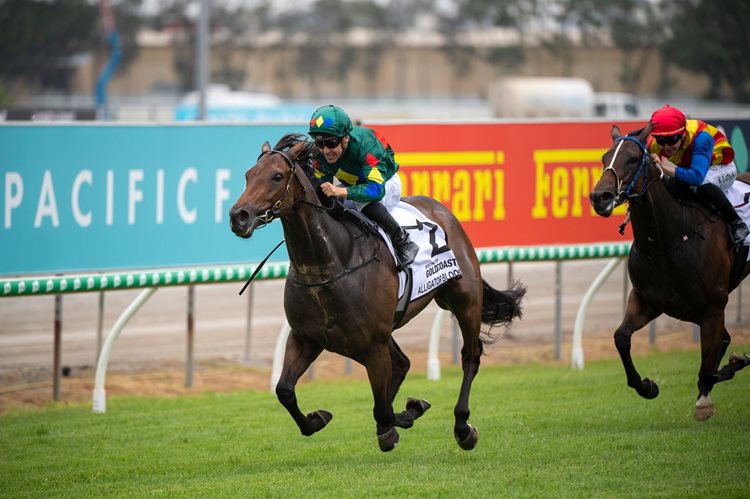 To date, Waterhouse’s best efforts in the Stradbroke Handicap has been three placings but Bott is hoping that’s about to end with Alligator Blood.

“It would be nice if she could get her 150th in the Stradbroke which she’s never won.”

Former Queenslander, Alligator Blood, is a $9 chance behind $5 favourite Ayrton in the latest TAB markets for the Stradbroke.

Bott was reluctant to declare what alley he’d prefer for Alligator Blood, who jumped from barrier 15, when a flashing second to Queenslander Soxagon in last month’s Group 3 BRC Sprint at Eagle Farm.

“We’ll deal with whatever draw we get,” Bott said.

“The important thing is he’s come through the race well and we’re very happy with him.

“He had a wide gate in the BRC Sprint and we were hoping he could race more forward but there was plenty of speed in the race.

“He was three wide but he had plenty of cover.”

The BRC Sprint was Alligator Blood’s first start for the Sydney stable after finishing eighth for Caloundra trainer Bill Healey in the Listed Lough Neagh Stakes at Doomben in the middle of last December. 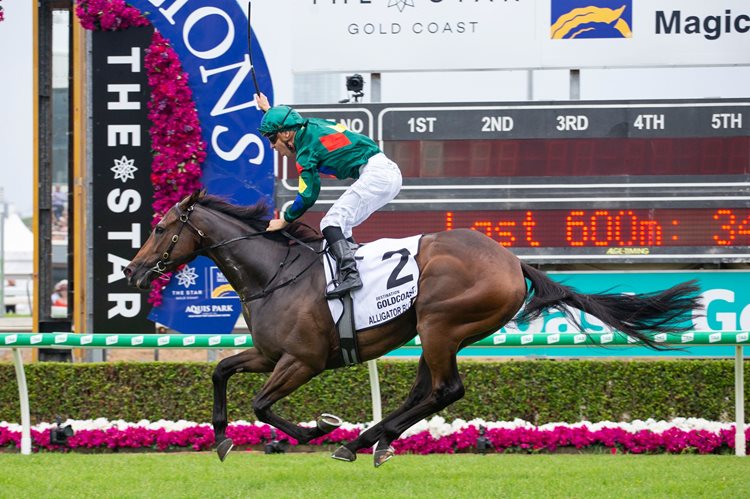 “It was always a query how he’d run first-up after he had back surgery but Bill Healey did a great job with him during his rehabilitation,” Bott said.

“The operation was very successful and ever since he’s been with us, he’s been very sound.”

In his three-year-old season with Caloundra trainer David Vandyke, Alligator Blood was one of the stars of Australian racing, winning the Group 1 Australian Guineas at Flemington.

Bott believes the barrier draw on Tuesday evening will be important for a lot of Stradbroke contenders but his biggest fear was how Alligator Blood would handle the “second-up hoodoo”.