Waller team out to upset Zaaki in Doomben Cup

The Doomben Cup is Zaaki’s to lose according to most but there’s one trainer hopeful of dethroning the reigning champion.

Zaaki has stifled Doomben Cup markets following his last start win in the Group 2 Hollindale Stakes on the Gold Coast and is a raging hot favourite at $1.50 in latest TAB markets. 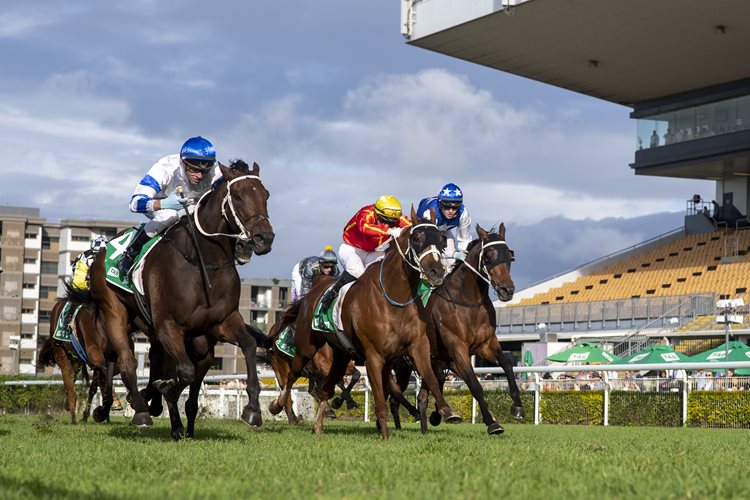 Waller’s Gold Coast stable boss, Brett Killion, has given Kukeracha a slight edge over Polly Grey as the pick of his quartet.

Kukeracha is coming off a strong third behind Zaaki and Polly Grey in the Group 2 Hollindale Stakes at the Gold Coast on May 7.

“It does look like it’s Zaaki’s to lose but I was really impressed with Kukeracha on a heavy track in the Hollindale,” Killion said.

“He was midfield in an on-speed race and hit the line strongly and he seems to be enjoying it up here.”

Killion said Polly Grey thrived in the wet and had six wins and four placings on heavy tracks with Doomben currently rated a Heavy 10.

“If the track is still heavy on Saturday, it might bring Zaaki back to her,” he said.

Waller will join Lee Freedman as the most successful Doomben Cup winning trainers if one of his four starters wins the Group 1 feature.

Zaaki banked his first Australian Group 1 in last year’s Doomben Cup after arriving on Australian shores as a relatively unknown just over 12 months ago.

Since then, Zaaki has developed a cult following going on to win two more Group 1’s in the Underwood Stakes and Mackinnon Stakes before a close second in the Group 1 Queen Elizabeth at Randwick last month.

He also claimed the $5 million All Star Mile at Flemington in March.