Leading Brisbane trainer Tony Gollan will have dual representation at Ipswich in the Eye Liner Stakes as the carnival heads away from the city on Saturday.

Gollan will saddle Vinco and Palladas in the Listed race over 1350 metres, looking to continue their recent run of good form. 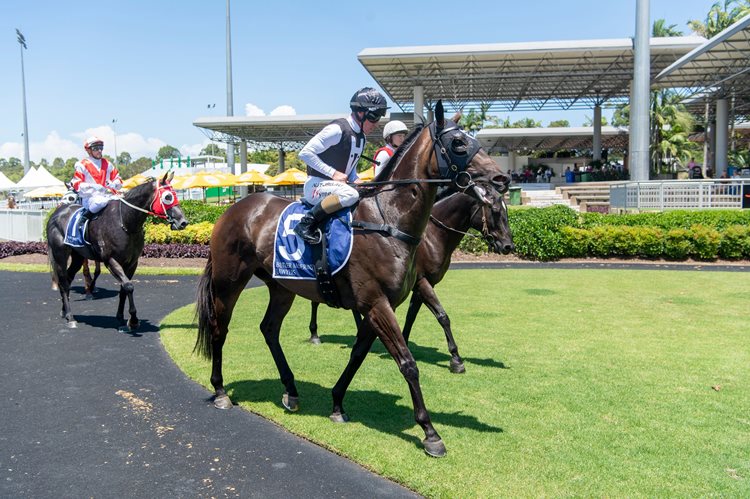 Vinco is coming back from victory over 1500 metres in the Listed Spear Chief Handicap at Eagle Farm on June 4 while Palladas was a last start second in Class 6 grade at Eagle Farm on the same day.

Gollan would prefer to see Saturday’s Eye Liner held at Eagle Farm on a firm surface after the Ipswich track was posted in the soft range when barriers were drawn for Saturday’s race.

Vinco, to be ridden by Ben Thompson, has gate seven while Palladas drew barrier 13 in which he will be ridden by Jim Byrne.

“We’re hoping for a kind week weather wise to get good ground up as I think both horses can run really well,” Gollan said.

“The Eyeliner has always been Vinco’s main option as the Spear Chief, at the 1500 metres, was right at his outer distance.

“He goes so well at Eagle Farm and with that wet carnival that we were getting, we had to have everything ready for the Spear Chief and then look to the Eye Liner or the Glasshouse.

“It (Eye Liner) was always on the radar, it just means that after a race like the Spear Chief, he goes up in his rating and up in the weights.”

Gollan said Palladas had been a cause of frustration for his trainer, winning only three of his 22 starts, but the ability is there to win a good race.

He said the four-year-old was unlucky not to be entering Saturday’s race as a last start winner.

“James McDonald’s ride on the winner was far superior and that was what beat us,” Gollan said.

“I know he’s not the punters friend, but he’s got the ability to win a race like that.”