Jerome Hunter has been monitoring Barb Raider more closely than normal following Saturday’s win in The Roses, but so far hasn’t found anything to suggest she took any harm from the run.

Therefore, the well-travelled Victorian filly is almost certain to take her place in this Saturday’s $700,000 Group 1 Queensland Oaks at Eagle Farm.

“It’s only going to be a seven-day turnaround, but we’re certainly positive that’s she’s pulled up well. 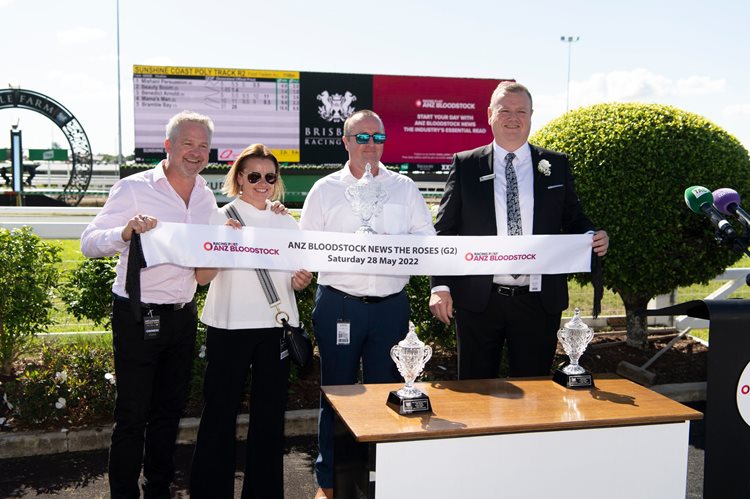 “She’s gone or a trot and canter this morning and she’s been eating up, so it’s like the same girl she was before any other race.”

The Roses, normally run at Doomben a fortnight before the Oaks, was this year run over 2100 metres a week out from the Oaks due to the abandonment of the Doomben Cup meeting on May 21.

Barb Raider will be looking to join Ethereal (2001), Scarlett Lady (2011) and Youngstar (2018) as the fillies to complete the Roses and Oaks double.

The Roses, which is normally run over 2000 metres but was over 2100 metres this year, features in the lead-up form of 11 of the past 16 Oaks winners.

Barb Raider entered The Roses off a second placing in the Group 1 Australasian Oaks at Morphettville, which followed a rare failure on a Heavy 10 track in the Group 1 Queen Of The Turf at Randwick, having started her campaign with three starts in Melbourne.

It has been a more strenuous campaign than her initial preparation, which Hunter ended after her Wakeful Stakes fifth placing, but the daughter of Rebel Raider has derived great benefit from that.

The fact the Queensland Oaks is now run over 2200 metres gives Hunter confidence she will be able to handle the back-up.

“I pulled up stumps with her last preparations because I just felt she wasn’t mature enough as an early three-year-old,” Hunter said.

“She’s got another six months under her belt and she’s really thrived with the 2000 and the 2100 runs, so another 100 metres is definitely not a concern.”