Daniel Weidenbach has been there for almost every step of the racing journey with gelding Crosshaven.

At 22 years of age, Weidenbach has ridden work for the Lindsay Park team since finishing high school, which coincides with almost all of the son of Smart Missile’s time at the stable.

Track work rider Weidenbach gave the four-year-old some of his earliest gallops as a race horse and has followed the “special horse” all the way up to Central Queensland for the first edition of The Archer this week.

Co-trainers Ben and JD Hayes have trusted Weidenbach to look after their gun gelding in his lengthy trek from Victoria to Rockhampton, with stops in Brisbane and Sydney along the way. 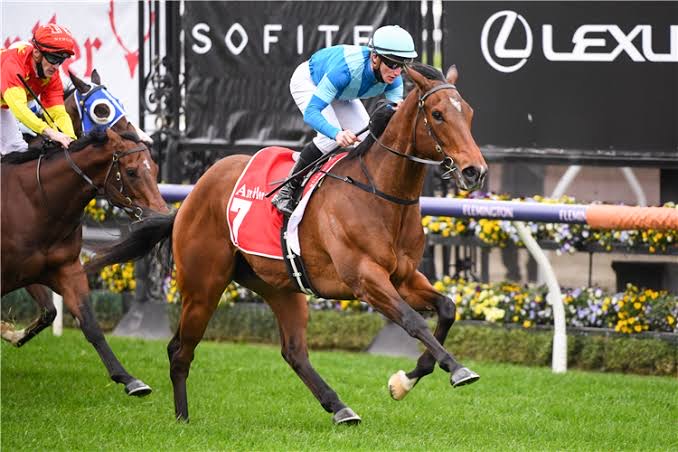 While he has ridden plenty of classy types for Lindsay Park over the time, the two-time Group 3 level winner has a significant place in the heart of the smiling track work rider.

The Mornington-based trainer believes the duo being connected for so long will be beneficial for both of them this Saturday, as well as leading into the TAB Queensland Racing Carnival.

“It has been really good actually, the Hayes staff and myself have worked in well,” Nichols said.

“It is always much easier when you have a travelling companion even if it is one of your own or someone else’s.

“Even though they are settled older geldings, they appreciate that company and do get a bit attached to each other.”

On the long journey north, Weidenbach says the winner of the Caulfield Guineas Prelude and Carbine Club Stakes – both at Group 3 level in 2020 – is generally a relaxed customer and has settled in well to Rockhampton.

Weidenbach considered chasing a career as a professional jockey but found himself to be slightly too heavy to make it happen.

He is the definition of a person who bounces out of bed every morning to get to their job.

“I absolutely love it,” Weidenbach said.

“People will often say about working in racing that it is tough to get up in the morning and go to work – that is not the case for me.

Crosshaven will run in the Mackemme Racing slot on Saturday afternoon in the inaugural The Archer after drawing alley eight on Wednesday evening.

Crosshaven is rated a $8 chance to win on Saturday, with leading provincial Queensland hoop Justin Stanley booked to take the ride.

The strongest ever field assembled for a race at Rockhampton will come together this Saturday, with the $440,000 slot race ‘The Archer’ set to be run over 1300 metres.

Like his travelling companion, Crosshaven is likely to have a Queensland winter carnival path following Saturday.

“He is a special horse.

“We have lots and lots of good horses in the stable but he is special, absolutely.”

They will be rivals come Saturday afternoon at Callaghan Park but Crosshaven and Streets of Avalon have been travelling mates on the journey from Victoria.

They have been stabled next to each other at their many stops on the way north, with Weidenbach and Streets of Avalon’s trainer – Shane Nichols – coming together to get the best out of the pair.