Big-race rider Nash Rawiller has lost his Stradbroke Handicap runner in the popular Kementari but the star hoop still thinks his book of engagements can net him another Group event this Saturday.

After finishing just over a length behind Baller in last Saturday’s Group 2 Moreton Cup, the James Cummings team have opted to send fan favourite Kementari into the paddock instead of pushing on to Queensland’s show-piece event.

The 47-year-old Rawiller was hopeful of sticking with “Special K” through to the Group 1 1400 metre event after the pair combined to grab the Group 3 Hall Mark Stakes in Sydney earlier this year.

Instead, he will pin his hopes on Maximal in the Q22 as well as Green Shadows in the Group 1  J. J. Atkins.

The well-travelled jockey does not like either of the rides in the feature events more than the other, declaring he has a strong book of rides that all deserve to be there on Saturday.

Maximal – trained by Mareeba product John O’Shea – was one of two who finished ahead of boom horse Zaaki in last month’s Doomben Cup, but the four-year-old could not finish over the top of eventual winner Huetor.

Rawiller believes the extra 1000 metres in the Group 2 Q22 should suit the former European stayer. 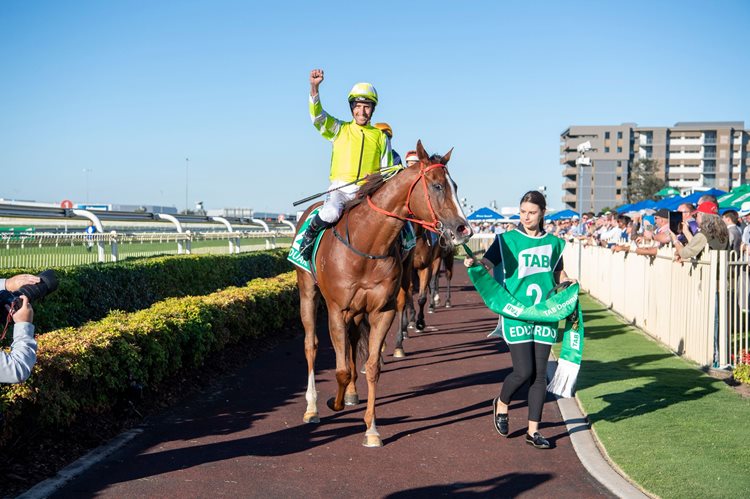 “It was a great run, he pulled really hard in the run and he missed a few runs before that because of abandoned meetings,” Rawiller said of Maximal’s Doomben Cup effort.

“Just with that little bit of extra time into the race he was fresh and to be fair he travelled too strong the whole way; he never sort of switched off.

“If he had of comeback underneath me, even at the 1200 metres, it may have been the difference.

“With that in mind, he is stepping up a little bit in trip and he has had that strong run under his belt, that should hold him in good stead for the Q22.”

Rawiller was set to ride the Maximal in a gallop on Tuesday morning at Randwick and said from all reports he had come through the Doomben Cup run well.

Maximal and Rawiller drew 14 when the barriers were released on Tuesday morning.

Maximal is rated a $5.50 chance with the TAB on Tuesday morning, with the Doomben Cup champion as short as $2.80.

Rawiller did not have much luck when it came to the barrier draws for the big races on Stradbroke day, with Green Shadows – who is prepared by Gerald Ryan and Sterling Alexiou – being handed 19.

Also from a wide gate, the multiple Group 1 winning hoop was pleased with Green Shadows’ performance in the Group 2 BRC Sires’ Produce Stakes, where the colt ran on late to finish just over three lengths behind Sheeza Belter.

With two victories from just four starts in the youngsters’ career, Rawiller thinks Green Shadows is a horse that oozes class.

“That was against the bias as it was difficult to make up ground, we forced to go a long way back from a bad draw and had to do a lot of work to get on the winners back before the corner,” Rawiller said of his last-start run where he finished fifth at Eagle Farm.

“I did take a lot of satisfaction out of the last 150 metres; he was really hitting the line nicely.

“He feels a really promising horse, he has a bit of class about him.

“I think he can win a race like the J.J Atkins, he can be competitive and is a horse with a bright future.”

Green Shadows is $26 with the TAB to claim the major Queensland two-year-old race of the season this Saturday.

Rawiller has previously declared he would like to ride “Special K” until the horse eventually retires and was looking forward to adding to their story together in the Stradbroke Handicap of 2022 before the decision was made to send the popular galloper for a break in the paddock.

“He is a quirky customer as we have all probably seen throughout his career,” Rawiller said.

“There is that great story behind him, the animal himself, he just has a tremendous personality. 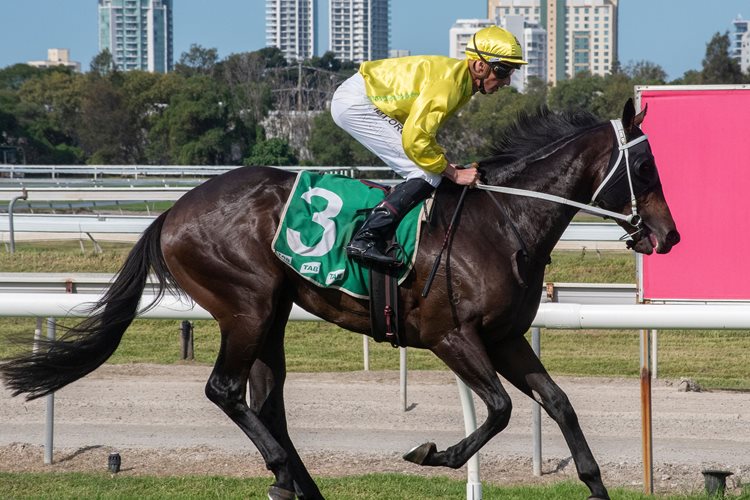 “I seemed to click with him straight away from the first time I got on him and it is always a great thrill when you can win a race on him, I have had a few wins on him now.

“Godolphin takes a lot of pride in the horse, which is great for me as I get more rides and opportunities from them.

“He has got a huge following and the staff at Godolphin really hold the horse in high regard.

“It is a pleasure for me to ride him.”

Leading trainer Cummings says for a horse like Kementari that has responded well to being kept fresh, he quickly decided to pull stumps on his Queensland campaign after just two runs north of the border this winter.

“We are going to take the conservative option and sit it out this year,” Cummings said of the Stradbroke Handicap.

“We were happy with the way the horse pulled up, we will take the easier route for him and wait until July or August before we run him again.

“Nash gets on well with the horse – they are a couple of old warriors – and they are a good pair.”