London Banker to lay down deposit for winter carnival

Trainer Kelly Schweida hopes to raise the bar to stakes races during the TAB Queensland Racing Carnival if London Banker performs well in his comeback at Doomben on Saturday.

The former New Zealander toyed with his Brisbane opposition winning four straight last campaign and returns in the Open Quality Handicap over 1350 metres.

Schweida is in career best form training seven winners from his past 12 starters and is fifth with 23 wins in the Brisbane trainer’s premiership behind runaway leader Tony Gollan on 68 wins.

London Banker did his early racing across the ditch for Roger James and Robert Wellwood before owners Ron and Judy Wanless decided to bring him to Queensland to be trained by Schweida.

London Banker hasn’t started since winning over 2020 metres at Doomben in September.

He barrier trialled over an unsuitable 1000 metres at Doomben last month. 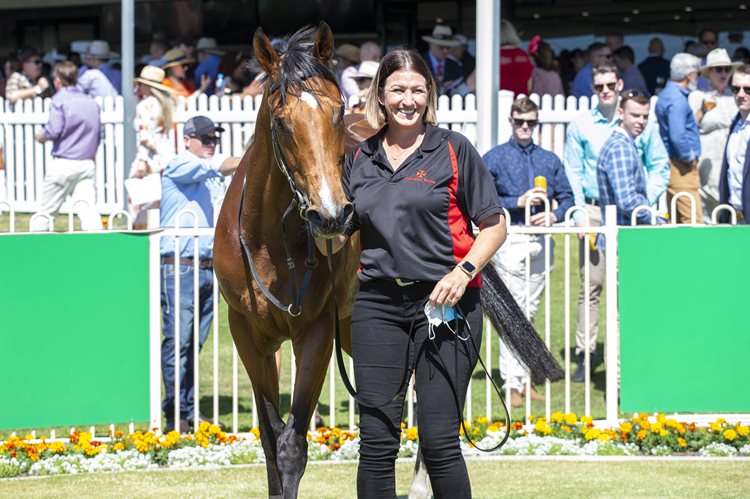 “He’s going well but this will be way too short for him,” Schweida said.

“He’ll gradually step up in distance after this and hopefully we can find something some Stakes races like the Caloundra Cup for him in the winter.

“He’s a nice horse and is very well bred and strung four wins together in the off-season last campaign.

“He’ll run 2400 metres on his ear and can handle all type of tracks but I’ll be shocked if he beats this lot first up.”

London Banker is a son of noted staying sire Tavistock and cost $100,000 at the 2017 New Zealand Bloodstock Premier Yearling Sale.

He’s a half-brother to El Segundo who won four Group 1’s including the Cox Plate in 2007 and has never been out of the money in five starts for Schweida.

“Kyle is only warming the saddle,” Schweida said.

“Jimmy Orman was supposed to ride him but he only got 55kgs when the weights came out.”

Schweida will have a big team of seven starters at Doomben and also will watch with interest how Star Gamble performs in the QTIS Three-Year-Old Handicap over 1615 metres.

Star Gamble is also owned by the Wanless’ and was an impressive all the way winner over 1350 metres against his own age at Doomben last start.

“He goes up in the weights and is going to 1600 metres for the first time which is an unknown,” Schweida said.

Schweida has no winter plans for Star Gamble, who has won two of his six starts and indicated the son of Snitzel may go for a break soon.