Less hype but same ability for Ayrton in 2022 Queensland campaign

If we roll the calendar back 12 months, the Mick Price and Michael Kent junior-trained gelding was all that anyone wanted to talk about leading into the 2021 edition of the TAB Queensland Racing Carnival.

Although he had not yet booked his ticket for the Stradbroke Handicap of last year, the budding superstar was installed as the favourite for the iconic Brisbane race.

As he is this year, as well, Tim Suttie was looking after Ayrton in the Sunshine State and remembers it well, with a revolving door of people wanting to spend time with the boom galloper at his Eagle Farm barn.

“There was a lot of hype around him and a lot of people wanted to come in and see him all the time,” Suttie recalls. 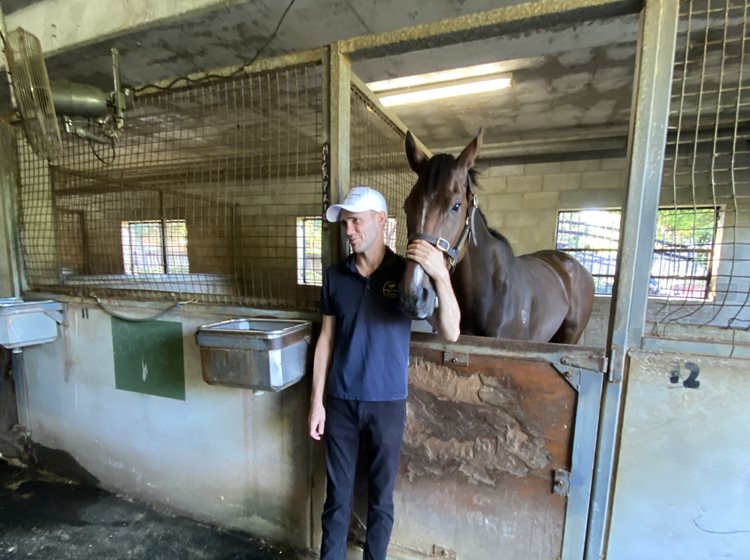 “After he ran second, they sort of disappeared (laughs), which was kind of good, as the pressure was off then but he did win again not long after.”

He just could not run over the top of Apache Chase in the Group 3 Fred Best Classic to gain direct entry into the Stradbroke, instead heading to the Group 3 Gunsynd Classic, which he won.

The four-year-old is back for a second Queensland winter campaign in 2022, this time targeted towards a completely different set of races.

He will start in the Group 2 Hollindale Stakes over 1800 metres at the Gold Coast – where he is stabled this time around – before likely turning his attention to the Doomben Cup and then The Q22 later during the carnival.

Suttie – who is Price and Kent’s stable foreman and track work rider – is not as busy with people keen to see Ayrton this time around.

While the hype isn’t the same as 2021, the person who knows Ayrton best – Suttie – thinks the horse is going just as well as what he was 12 months ago, if not even better again.

“This year, there is no pressure as he has had a long time away from racing but he has got over that very well and he won well first-up this time in,” Suttie says.

“He is going just as good as what he was last year – if not better – it is just now there is a horse like Zaaki around, so all the pressure goes on them, whereas he can do what he likes.”

It has been a long road back to the Sunshine State for the six-time winner from just eight career starts, spending much of the late part of last year and the early stages of 2022 in the paddock after suffering a suspected spider bite.

Co-trainer Price and his partner Shona Drechsler worked diligently to get the middle-distance galloper back to the track, according to Price’s daughter Steph.

Having claimed the 2022 Group 3 Victoria Handicap at Caulfield in the middle of April first-up before his northern journey, Steph says he is a stable favourite.

“Everyone loves him,” Steph said. 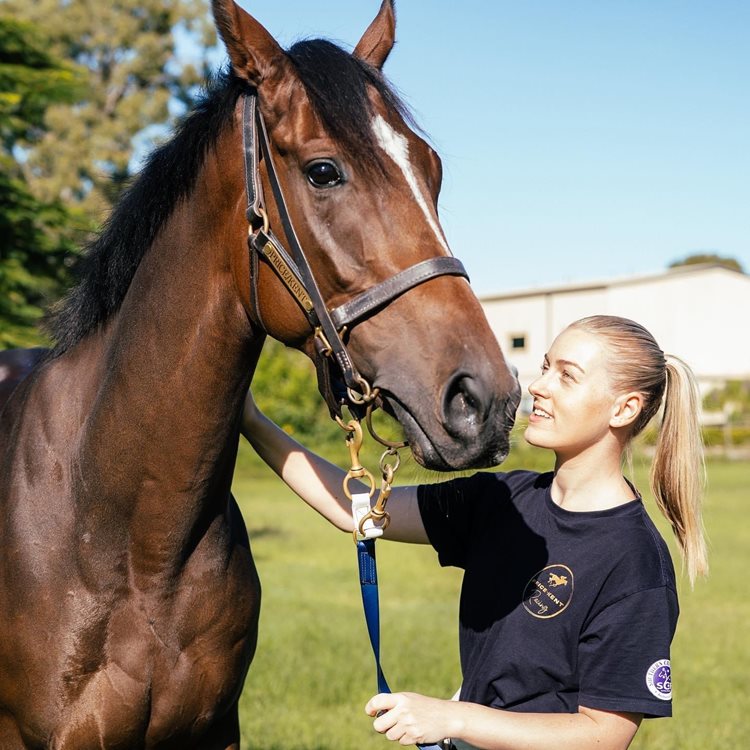 “He obviously spent a bit of time down at the farm as Dad and Shona nursed back to good health – we all love him.

“He is a winner, that is for sure, he knows where the line in. He is a horse that is easy to handle and ride.”

On the Gold Coast this week leading into the Hollindale, Steph popped her head into the Edmonds’ stable on Tuesday, where Suttie and Ayrton are calling home at the moment.

Suttie is a valued and trusted member of the team – Steph says – as he often travels the stables gun gallopers interstate.

“Both trainers have great faith in Timmy,” Steph said.

“He has a great eye for a horse, he is reliable and knows what he is talking about.

“He has a lot of experience and credibility, that is why we send him away, especially with the good ones.”

While Suttie has been in town for some time, Ayrton arrived on Sunday morning from Victoria and enjoyed a couple of days in Sydney to break up the trip.

He arrived in good order – the track rider says – as they went through a little bit of work on Monday morning before a decent mile gallop on the Polytrack on Tuesday morning.

He will have an easy week leading into his second-up assignment on Saturday, likely to consist of swimming and a canter.

“He has been up to Queensland before, he probably handled it better this time around than he did last year,” Suttie said.

“He is more bright this time around, last time it took him a couple of days to adjust. I am very happy with him.”

During their interstate trips, Ayrton and Suttie have become good mates.

“He is a lovely horse and makes it easy to get up in the morning,” he said.

“He is pretty nice and quiet to ride. He is a little bit of character but generally he is pretty good.”

Ayrton’s box was a popular one at the start of his Queensland campaign last year and while they had ideas of returning to Eagle Farm, the Price and Kent yard believe there is benefits in being based on the Glitter Strip ahead of his second-up task.

“This is a lot different track to Eagle Farm, it is a lot tighter, it is good to let him have a look around and get used to it,” Suttie said.

The TAB has Ayrton rated a $4 chance with the TAB on Saturday, with Zaaki as short as $1.65 on Wednesday morning.