In their first international racing trips of their careers, it took a couple of weeks for Megan Fenwick and Dark Destroyer to build their connection.

For many travelling foreman from stables in New Zealand, they are often tasked with a handful of gallopers for a trip to Australia for a carnival.

In that time they work as the stand-in trainer, track work rider, stable hand and everything else in between to ensure the prized horses are ready for race day in their new surrounds.

For Fenwick in her maiden experience taking a horse overseas, she travelled with just one – promising three-year-old gelding Dark Destroyer.

Seeing as the son of Proisir is only nine starts into his racing career, this is also his first time heading to a different country. 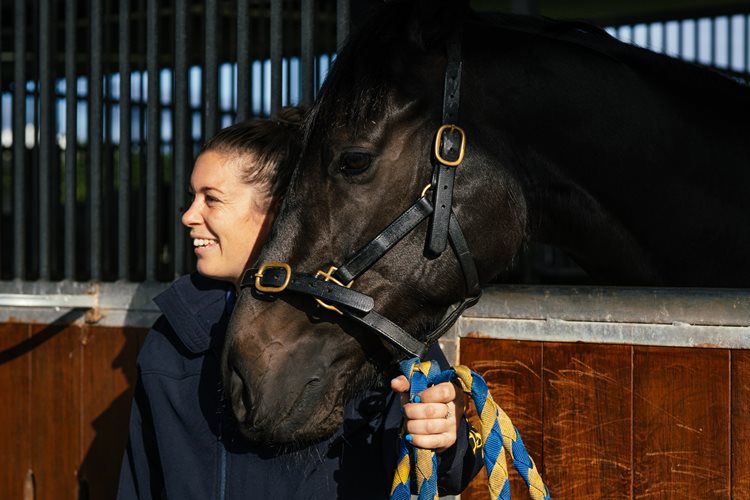 The duo had barely anything to do with each other back home over the last couple of years but now that they have been thrown together for their 2022 TAB Queensland Racing Carnival campaign, they have hit it off.

With one Group-level race under his belt already as well as the bookmakers having Dark Destroyer one of the favored runners for this Saturday’s Queensland Derby, Dark Destroyer is enjoying his time with his new mate.

“I did not ride him or anything before I came over here,” Fenwick said.

“But, it took a couple of weeks for us to get to know each other, but since it has been really cool.

“He just loves to run and is a genuine race horse, I know he is never going to go out there and put in a bad run as he loves to race, he just wants to win.”

Fenwick and the Kiwi juvenile flew from New Zealand to Sydney, where they remained for a couple of days before making the long drive to the Sunshine State.

Since arriving in Brisbane, the pair have bunkered down at Barry Lockwood’s Eagle Farm stables and while Fenwick has ridden him in his slow work, it is another Kiwi who has completed the gallops on the 2022 Group 3 Rough Habit Plate champion - Samantha Collett.

Collett was the pilot in his first-up run before handing the reins over to Sam Weatherley. 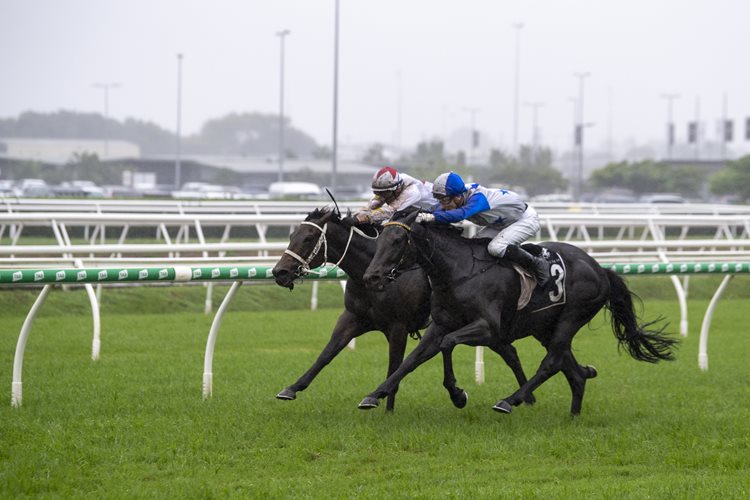 The 32-year-old Collett thought his experience back home – which included taking out the Group 2 Ellerslie Auckland Guineas and the Group 3 Bonecrusher Stakes – would set him up perfectly for a Queensland campaign.

“His form back home was super and chatting to his regular rider Sam Weatherley, he always had a high opinion of him,” Collett said.

“I still follow my New Zealand racing closely and it was good to see him getting the job done, on his form back home there was every suggestion he would come over here and race well.”

Like Fenwick, regular race rider Weatherley, who has been Dark Destroyer’s pilot in the majority of his assignments, has a special bond with the horse.

“I’m very grateful to the connections for sticking with me, they didn’t have to,” Weatherley said after the Rough Habit win.

“I’ve got a good connection with this horse.

"He’s the horse that you dream about and to get one early on in my career that is taking me places. Very thrilled.”

Fenwick is deputizing for co-trainers Lance O'Sullivan and Andrew Scott.

Co-trainer Scott trains at Matamata in partnership with O'Sullivan, who was a leading rider in New Zealand for years.

“It is no surprise that the pair of them, O'Sullivan and Scott, since they have been training together, have been having the results that they have,” Collett said.

“The pair bring so much knowledge and skill between them, they know what horses to bring over here and target for these sorts of races.

“It is no surprise that they’ve brought a horse over and he has done as well as this one.”

After winning the Rough Habit Plate on a wet afternoon at Eagle Farm earlier this month, Fenwick says Dark Destroyer is strong, happy and thriving ahead of his Group 1 Derby tilt.

“We have not really had any problems, which is really good.

“Quite often it takes a toll on them coming over from New Zealand but he has been such a dude the whole time.” 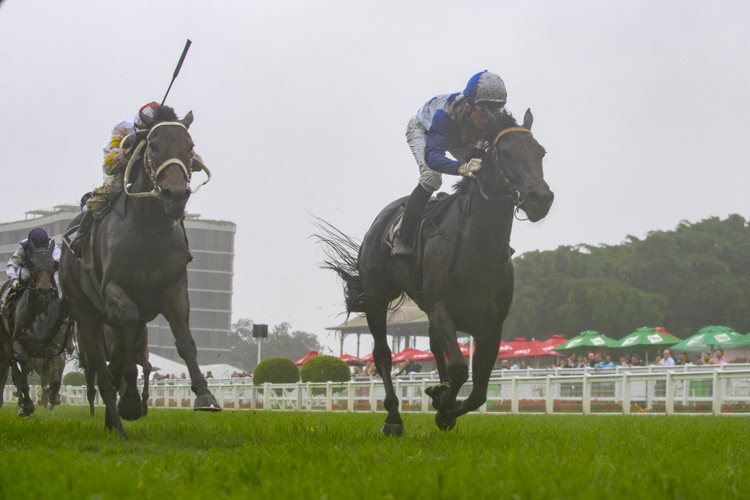 The four-time winner from nine career efforts has built into his Australian campaign, suffering a few niggling injuries back home, which led to him missing the feature New Zealand Derby.

He had only been in work for a few shorts weeks before his kicked-off his preparation in the Listed Daybreak Lover, with Collett feeling he was slightly underdone, and he has only come on since.

“Once he has got out to these longer trips, that has suited him as he was just fresh early on,” she said.

Scott has been bringing horses to Queensland for over a decade and says Dark Destroyer has thrived under the watch of Fenwick.

“He’s going the right way, he has come over here and thrived,” Scott said.

The TAB has Dark Destroyer rated as the $4.40 favourite for Saturday’s 2400-metre staying test for three-year-old's.