King Of Sparta on hit and run mission in Healy Stakes

The Peter and Paul Snowden training partnership is hopeful Magic Millions Guineas winner King Of Sparta can pull off another hit-and-run raid in the Group 3 Healy Stakes at Eagle Farm on Saturday.

King Of Sparta will be joined in the 1200 metre Healy Stakes by stable mate Ranges, who put his opposition to the sword in the Listed Hinkler Stakes at Eagle Farm on June 11. 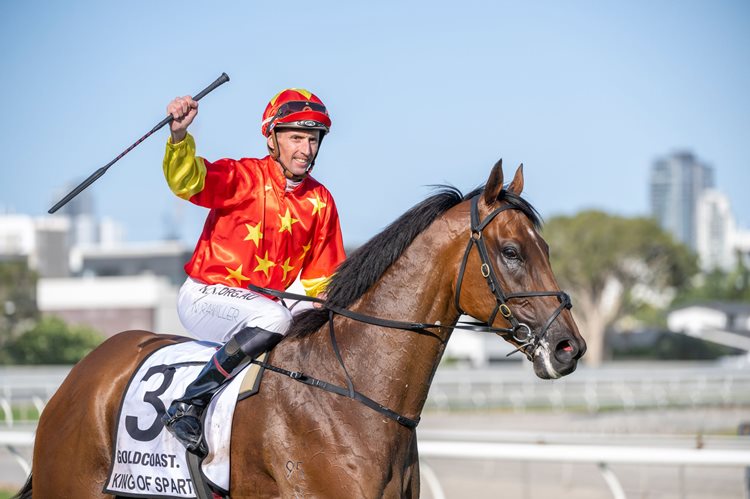 Sydney jockey Tommy Berry has been booked to ride King Of Sparta, who has drawn barrier five, while Ryan Maloney partners Ranges, who will jump from barrier six.

King Of Sparta made a hit-and-run visit to claim the Magic Millions Guineas at the Gold Coast in January and has only had one start since.

That was in the Group 3 Southern Cross at Randwick in February when the three-year-old beat only two home behind the John O’Shea-trained Lost And Running.

The Snowden’s have had great success in the Healy Stakes in recent years with Brave Song winning for the pair in 2018 while Peter Snowden - when he was training on his own - claimed the feature with Dothraki in 2014 and Pinwheel in 2010. 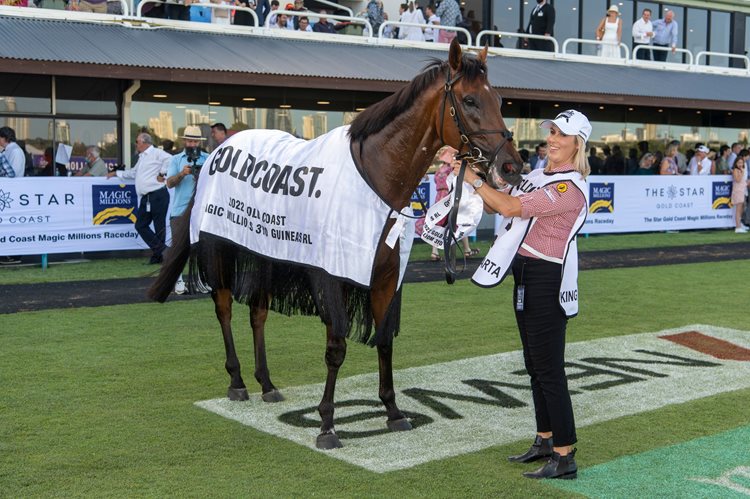 King Of Sparta was a $700,000 yearling by I Am Invincible and it was a tough decision to geld him last year after his full potential wasn’t being realized, co-trainer Paul said.

“Newgate Farm was his originally owner and when they sold him, the decision was made to geld him to get the best out of him,” Paul said.

“He’s had two barrier trials and is coming along well but he’s only up there for this one run.

“He and Ranges might go to the Ramornie after this but it depends how they go on Saturday.

“It wasn’t a shock to see Ranges win last time as he mapped to get the right run and landed in the right spot.”

Snowden said he favoured King Of Sparta as the gelding has always shown ability while Ranges only won his first stakes race in the Hinkler.

Baller will carry top weight with 60kgs while Garibaldi is on the 54kgs minimum.

Baller is coming off an impressive last start win in the Group 2 Moreton Cup at Eagle Farm on June 4, the same day Garibaldi resumed with an eye-catching second to Boomnova in the Listed Lightning Handicap.

“Baller is spot on but the problem with him is he has to carry that weight,” Gollan said.

“His Moreton Cup win was terrific and he’s improved since and is bang on for this race.

“I’m very happy with Garibaldi but the 1000 metres last time was unsuitable.

“This is a race that sets him up nicely with a nice light weight.”