Kappy Cino lands in Battle of the Bush Final

Bargain-basement buy Kappy Cino has rewarded trainer Jackie Crompton with a place in the lucrative $200,000 Battle of the Bush following a gutsy win at Toowoomba on Saturday night.

Purchased for just $2,500 online and jumping from the outside gate at his 86th start, Kappy Cino defeated Vertical by a length in the penultimate qualifying race over 1200 metres.

Rural Rebel was a further two lengths away in third.

The victory, under the guidance of hoop Georgina Cartwright, automatically qualified the eight-year-old gelding for the Final of the Battle of the Bush over 1200 metres at Eagle Farm on June 25.

The winner of the Final, which is restricted to horses that have not won a metropolitan race in the past two years, will pocket $116,000.

Toowoomba trainer Jackie and her husband Wayne purchased the well-tried Kappy Cino a year ago with the aim of capturing the more profitable regional events in Queensland, including the Country Cups Challenge. 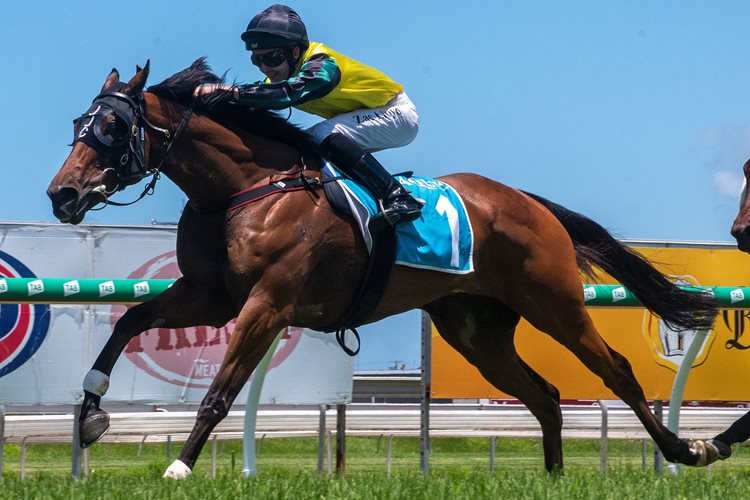 “We bought him as a tried horse 12 months ago for $2,500 at an Inglis online sale, and that is the fifth race, he has won for us,” a delighted Jackie told Racing Queensland.

“He is just a wonderful old horse to have and we bought him with the hope that he could be a Battle of the Bush horse or a Country Cup Challenge horse.

“I had a horse that was part of the Country Cups Challenge for two years in a row and to get one into the Battle of the Bush, is pretty special.”

Kappy Cino’s victory came after an eventful second placing to Moscini at Nanango on May 29 when he missed the start and struck trouble on the home turn.

The qualifying race also was to have been run at Goondiwindi last weekend but was transferred to Toowoomba after the border town’s non-TAB meeting was abandoned because of the state of the track.

The transferred meeting worked out well for Kappy Cino, who is trained at the track, said Jackie.

“I was pretty certain that we could have won last week at Gundy, but when I was in Toowoomba, I wasn't that disappointed," she said.

“It was a bigger field, and we drew an outside ally, which was not the best, but it worked in our favour with so much pace on.

“He missed the start at Nanango, probably by three or four, when he ran second, and it would have made it interesting if he had jumped.”