Smiling hoop Samantha Collett is hopeful of landing the biggest prize in her riding career as she bids to upset boom galloper Zaaki with fellow Kiwi Coventina Bay this Saturday.

The 32-year-old New Zealand native has called Brisbane home over the last year and the light-weight rider has settled into the Sunshine State riding ranks smoothly.

While the superstar of Australian racing – Zaaki – is all the rage in the rescheduled Doomben Cup of 2022, Collett is optimistic her mare is a chance in the Group 1 feature over 2000 metres.

The dual Group 1-winner back home across the ditch started her Australian campaign with a gallant fifth placed finish in the Hollindale Stakes earlier this month, beaten just over four lengths by Zaaki. 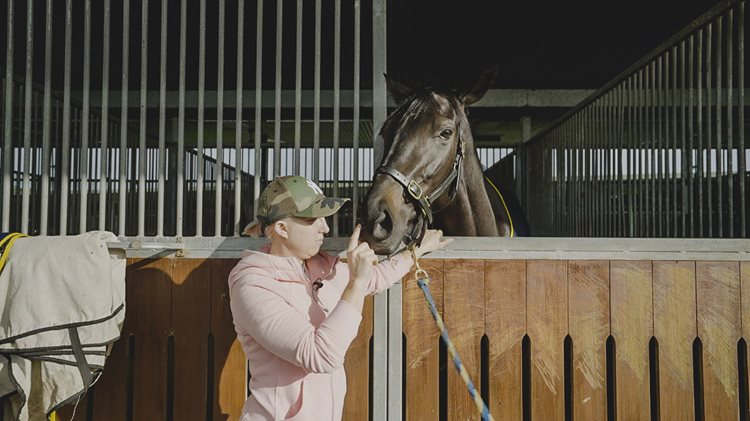 The six-year-old mare has drawn alley four and is rated a $17 chance by the TAB to roll Zaaki, who is as short as $1.40 on Tuesday afternoon.

“The improved track conditions would suit and the move to Eagle Farm probably isn’t going to worry her too much, she has been exposed to that the last run she had here last carnival,” Collett said of Coventina Bay.

“If I were able to win this race with Rob’s mare I would be pretty happy, it would be the pinnacle of my career so far.

“It is tough racing as everyone’s horses are in form and doing well, it is about luck on the day.”

On a Group racing stacked card from Eagle Farm on Saturday afternoon, Collett has been booked to ride for the leading Annabel Neasham barn for the first time in her career.

While she is trying to upset Neasham in the Doomben Cup, she will be aiming to land the BRC Sprint for the stable with Holyfield.

Holyfield put in an eye-catching run in the recent The Archer in Central Queensland, finishing less than a length behind inaugural champion Emerald Kingdom down the lengthy Callaghan Park straight.

“He is a horse that is in great form,” Collett said of Holyfield.

“I have ridden him in slow work and I rode him on Tuesday morning for his fast work, which is good to get a feel for him and stretch his legs.

“It is my first ride for Annabel so it will be really nice to kick that one off with a winner.

“I have been really blessed with the good support I have had so far and hopefully I can keep it going and get some results, any black-type winner would be a good one.” 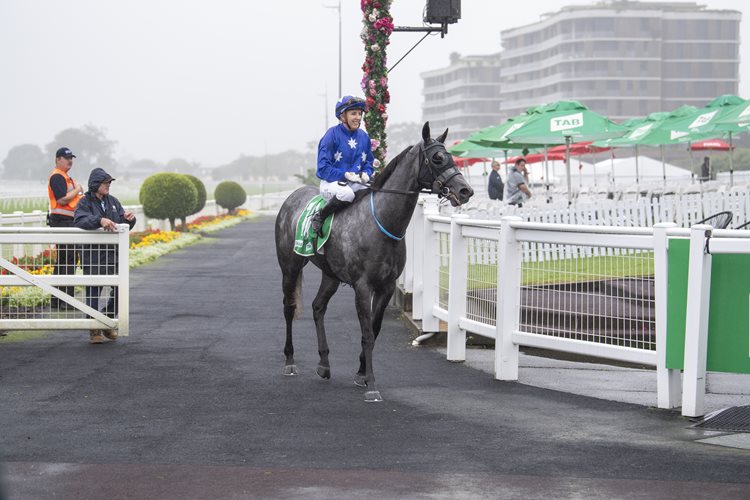 Collett has developed a close association with the Chris Munce yard during her stay in the Sunshine State, piloting Boomnova and Centrefire in their recent victories.

The Munce pair are both nominated for the Listed Helen Coughlan Stakes.

Following a recent victory for the stable, Munce – a former champion hoop himself – described Collett as “going great”.

Grey mare Boomnova is shooting for a hat-trick of victories this Saturday after a faultless preparation so far.

“She is a mare that is really in form, she is going so well,” Collett said.

“It would be really nice to get some black-type with her.”

Munce believes the 1200 metres for the Helen Coughlan Stakes – after winning at 1000 metres last start – should not be a concern for Boomnova.

Centrefire was also a winner first-up before she did not figure in the finish of the Listed Magic Millions Bright Shadow.

“She won two starts back and then got held up a little bit in running last weekend, which did not really suit,” Collett said.

“I think she is a mare that I have come to the conclusion that you need to utilize her really good early speed and be in the first one or two in the running.

“She has great tactical speed and likes the track, hopefully she can do the job too.”