Ipswich ready to rock for Cup day in 2022

From the biggest race of the 2022 TAB Queensland Racing Carnival to the largest party.

The famous Stradbroke Handicap for this year has been run and won at Eagle Farm and seven days on from there, the focus of the racing industry in the Sunshine State turns to Bundamba.

With three black-type races on offer this Saturday at Ipswich, the racing will be at a high level with a number of southern stables remaining in Queensland for the back end of the carnival.

But, when most think of Ipswich Cup day every year – it is usually the party and atmosphere that stands out – with the racing a secondary focus.

The Ipswich Cup meeting is annually the highest attended race day of the carnival, with around 20,000 people packing into the venue, which is west of Brisbane.

The popularity of the race day has only grown in recent years and Ipswich Turf Club CEO Tim Dunn and his team transform parts of their race club into a music festival venue for the occasion.

The day boasts an infield party at the Ipswich racecourse and features an all-day DJ entertainment. 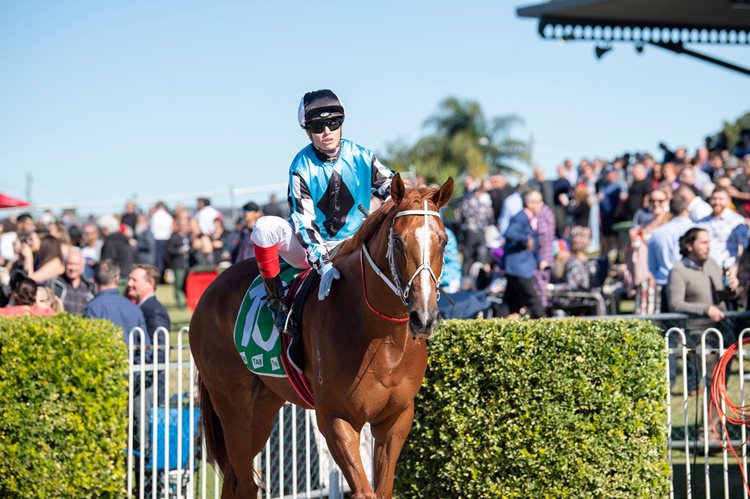 “We go from having a grass paddock that we keep nice and green for the view of the track to turning that into a brand new music festival,” Dunn said.

“That includes the stage and sound equipment and everything else that goes along with it.

”We basically need to generate brand new facilities every year.

“The last two weeks leading into our Cup day this year has really seen the place take place.”

As someone who attends dozens of race days around the state every year, Racing Queensland CEO Brendan Parnell says Ipswich Cup day is one that stands out.

“The Queensland Racing Carnival has some fantastic days but the week after Stradbroke Day at Eagle Farm is Ipswich Cup,” Parnell said.

“It is the most attended race meeting of the carnival and one where thousands turn up to celebrate racing at Bundamba.

“Ipswich Cup is popular for locals because for so many people from the area it is the biggest event in the Ipswich CBD ever year.

“They turn up in their thousands.”
With a large contingent of the Ipswich Cup day crowd under the age of 30, Dunn believes the event helps bring new audiences into the racing industry.

“The way it has been brought into the new age of racing with the music festival in the middle, it is great,” Dunn said.

“We change up the areas so people are as close to the action as possible on course.

“The club transforms from a mid-week race club, producing good meetings with some great racing, to a festival with a carnival atmosphere.

“The community really gets behind it because there is nothing like it in Queensland, if not Australia.

“They are all proud to be Ipswich people and they want to come along to support their local festival and be a part of the horse racing action, as well.”

The Ipswich Cup from a year ago was won by Happy Go Plucky, who Gold Coast trainer John Gilmore prepared before his retirement, and jockey Stephanie Thornton.

The smiling hoop lapped up the atmosphere at Bundamba.

“I was able to concentrate enough that I could still hear the crowd down the straight,” Thornton said.

“That’s the best thing about a big day, the atmosphere.

“I think it’s so important to be able to take that all in because it’s why we do it for those big days and to be out there and to be able to hear everyone around having such a great day.

“I think it’s more enjoyable when we have atmospheres like we do on Ipswich Cup day.”

Premier Brisbane trainer Tony Gollan also likes to head out to Ipswich following Stradbroke Handicap every year and will have a number of winning chances in the stakes races in 2022.

“It is one of my favourite race days and I am looking forward to getting out there this year,” Gollan said. 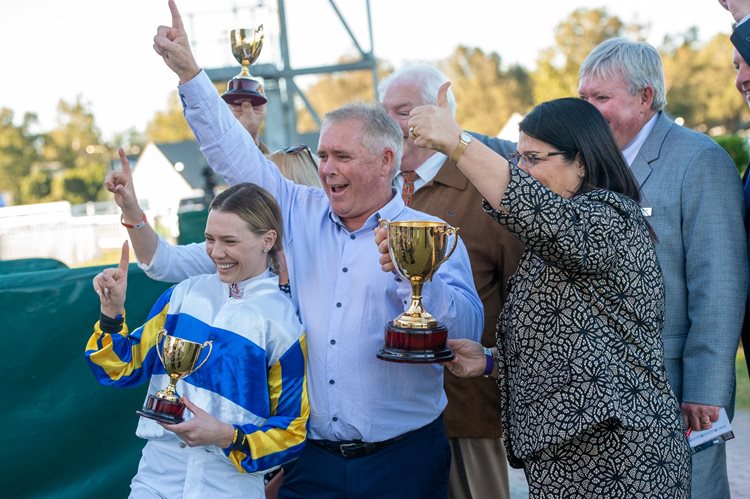 The Bundamba-based facility has recently been put through an extensive facelift.

“The Ipswich Turf Club has been through some of the biggest facility upgrades of any venue in Queensland in recent years,” Parnell said.

“If you have not been there, the events and entertainment centre has a big function space that has been built of a cost of more than $25 million dollars.

“In addition, major track upgrades have taken place and there is also new tie-up stalls.”

Dunn has felt the buzz and anticipation growing within the Ipswich Cup community over the last fortnight, with club staff preparing for the show-piece day just hours after the Cup for 2021 was run and won.

“We get out amongst the community and ask the people what they want and how they think we can do Cup better from previous years,” Dunn said.

“We have learnt a few things from last year and we are working towards what we can do to improve stuff to ensure everyone has the best day possible."