Improving Walshie with Battle of the Bush ambitions

It has been a few years in the making but Eidsvold horseman Bob Murray feels Walshie is finally ready to be a serious contender in the Battle of the Bush series.

The only trainer based in the North Burnett region of the Sunshine state, the 59-year-old purchased the gelding a number of years ago with an eye to targeting him towards the popular regional series.

In previous campaigns and attempts, the former David Pfieffer and Matthew Smith-trained galloper did not step up to the price tag the Murray barn paid for him.

After recording two victories and three other minor placings in 2022, the veteran trainer believes he is finally ready to score in a BOTB qualifier.

It will just now be a matter of the stable finding a suitable qualifier after their last two attempts were washed out. 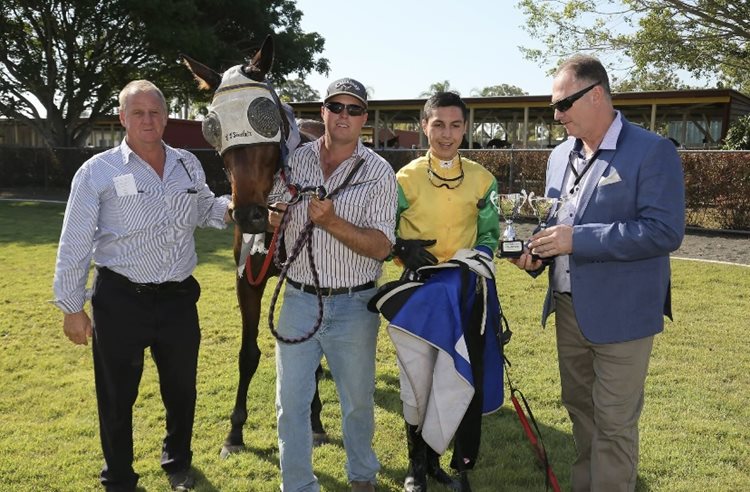 Walshie was in at Burrandowan last Saturday before it was called off following heavy rain and the same has occurred this week at Bundaberg.

With plenty of BOTB options coming up over the next few weeks ahead of the Final, Murray will have an array of locations to qualify his improved gelding at.

“That did not work out at the time, he did not go as well as what I had hoped,” Murray said of Walshie’s BOTB attempts in years gone by.

“We paid a little bit of money for him, thinking he would be a Battle of the Bush horse, but he did get in a couple of years ago when we were chasing it then.

“I think he has improved since then; he has had a few issues he has got over but now he is pretty consistent and is racing really well.”

Walshie is a recent winner on the sand at Bundaberg and the Eidsvold-based trainer says his gelding would have been more than competitive if the races were to have proceeded.

“He is starting to like the sand, when we first started putting him on it he was hopeless,” Murray said.

“He has had some bad luck with wide barriers and what not but he is ultra-consistent horse.”

Despite nearing 60 years of age, Murray still rides plenty of his own track work – with a hand from his two sons.

‘I go all right, I do not ride them fast gallops any more but I still bounce up in the pad,” he said with a laugh.

The experienced trainer has been in the game for much of his life, strapping for his father in his younger days when his old man had a training license.

Eidsvold boasts a grass track that Murray trains out of while he also prepares a few of his team on his own farm, which he will often move horses between the two locations to keep them fresh and their mind on the job.

The club at Eidsvold previously hosted as many as six race meetings a year with upwards of a dozen trainers based in the North Burnett region, Murray recalls. 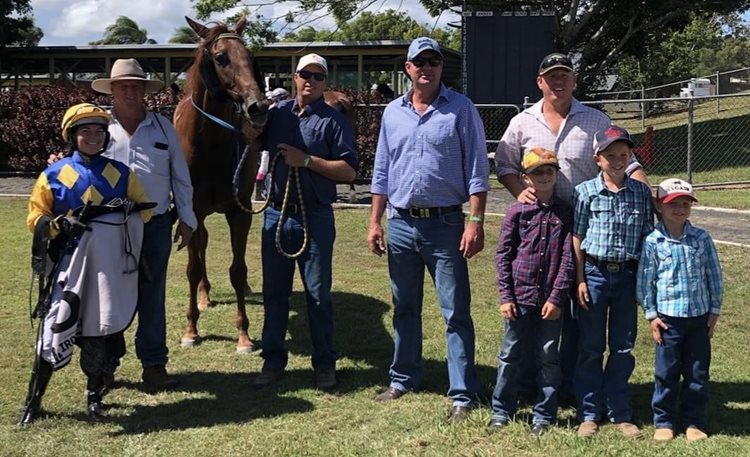 In the popular Burnett To The Beach series, Murray is second in the trainers leader board behind Kym Afford with his galloper Ourlastpenny in second position in the horses division.

A stalwart of racing in regional Queensland, Murray is pleased with the way the code is going.

“I think racing in the bush is as good as its going to get,” he said.

“The prize money we have in the bush now entices the TAB trainers from Toowoomba and Caloundra out our way, in the old days you would never see those blokes at tracks like Monto.

“It is worth making the trip out for these trainers with the prize money on offer and for us, we need to get a bit better horse to win these races.”

With a number of meetings washed out this weekend, the Mareeba BOTB qualifier is the lone heat this Saturday.

The Bundaberg BOTB qualifier race will now be conducted at the Nanango TAB meeting on Saturday May 21 – replacing the Open Handicap over 1200 metres originally scheduled.

A Benchmark 60 Handicap over 1200 metres will also be added to the Nanango program.

Click here for more information on the Battles of the Bush Series.