Sydney raider Berdibek and local hope Ballistic Boy will have history against them when the pair clash in the Listed Ipswich Cup on Saturday.

The John O’Shea-trained Berdibek and Ballistic Boy from the Chris Anderson stable have both drawn well in barriers five and six respectively in the 2150 metre feature.

However, both will need to rewrite history to win after Berdibek was given top weight with 59.5kgs while Ballistic Boy will carry 59kgs.

Since the race was first run in 1935, Sydney Cup winner Sharply holds the weight-carrying record at 58.5kgs when he was successful in 1961.

The David Vandyke-trained Maurus came close to the historic mark when he lumped 58kgs to victory in 2016 while Bergerac for Steve Tregea won with 57.5kgs in 2019. 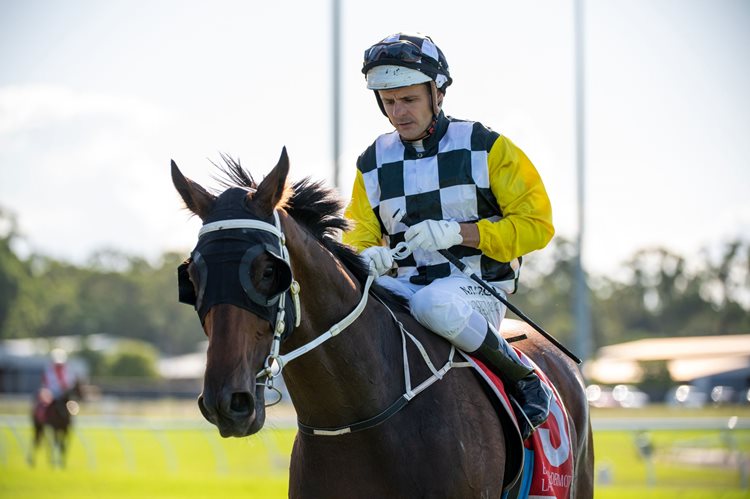 Victorian front runner Inverloch was given a similar history making task in last year’s Ipswich Cup when he carried 60.5kgs but tailed off last after leading into the straight.

The Annabel Neasham-trained import Bartholomeu Dias remains a $4 favourite in latest TAB markets, after drawing perfectly in barrier three, while Our Intrigue from the Chris Waller stable is second favourite at $4.50 with gate seven.

Berdibek made his Queensland debut this winter finishing a close fifth to the Waller-trained Bigboyroy in the Group 3 Lord Mayor’s Cup at Eagle Farm last month and is an $11 chance.

O’Shea is pleased with Berdibek’s recovery and is hopeful of a strong performance.

“His run in the Lord Mayor’s Cup was super after he had to get back from a wide draw,” O’Shea said.

“He’s done well since and Jimmy Orman is booked to ride him.”

After two wins on foreign soil, Berdibek won his first race in Australia in a Benchmark race at Randwick in December of 2019 before winning the all-greys race at Flemington in November of 2020.

His only two wins since were both Stakes races in the Listed Rowley Mile at Hawkesbury in August last year and the Listed Wyong Cup last September.

Ballistic Boy, rated a $15 chance with the TAB, hasn’t won since September but put in a brave performance when second to Bigboyroy in the Lord Mayor’s Cup before failing in the Group Two Q22 at Eagle Farm on Saturday.