Groves and Moscini power through to Battle of the Bush Final

Dale Groves knew Moscini was flying but he did not know his gelding was going just as well as what he produced on Sunday afternoon at Nanango.

The stable and connections of the Mossman gelding had long had the Battle of the Bush on their mind and after missing a number of heats after the recent wet weather, the six-year-old finally got his chance.

And, he most certainly made the most of it.

Groves’ stable star put on a galloping lesson to the Open Handicap field, blowing them away by more than seven lengths after starting as the bookmakers favourite.

The Toowoomba-based trainer had his gelding nominated for Burrandowan and Jandowae in recent weeks, which were both washed out, while also considering heading to Quilpie and Chinchilla this weekend to finally find a qualifier. 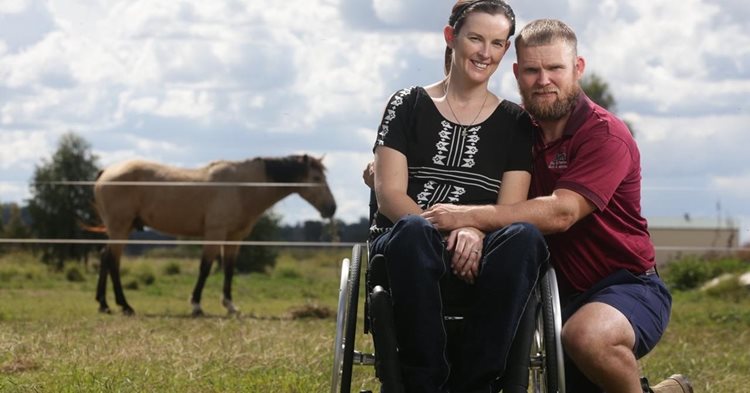 He is glad he made the call to head to Nanango with regular rider, on race day and in his gallops, Nathan Fazackerley in the saddle.

“I have been itching to get a run with him because of the wet weather, he has been flying,” Groves, who trains on his own farm near Toowoomba, said.

“It is hard to keep them up at that level when there is no races for them.

“His track work on Wednesday was bloody phenomenal and I thought he would win but not with that much authority if I am being honest.

“He drew the one marble, which always helps, Nathan was able to smoke the pipe and rode him real well.”

Groves is married to Kristy Banks, who was a popular jockey in South East Queensland before her riding career was cut short after a fall in 2011.

Moscini was also nominated for one of the other BOTB heats run on the weekend – Chinchilla – but he was worried about running into Pat Webster’s in-form galloper V J Day.

In hindsight, Groves made the right call as V J Day was too classy in his Open Plate over 1200 metres and after he drew a sticky gate, he was unlikely to roll the Webster horse.

Moscini first arrived with the Darling Downs barn of Groves in late 2019 before moving around to a couple of other South East Queensland-based trainers, before ending up back with Groves.

The galloper seems to enjoy his time on Groves’ Toowoomba farm, winning five for the stable in this current stint with the team, on top on the three he collected the first time he had him in his care.

The six-year-old bay is an 11-time winner, with eight of those coming for Groves.

The trainer and Moscini have seen their fair share of the Sunshine State to run in the required five non-TAB events to be eligible for the Final, featuring at Miles, Monto, Flinton and St George in recent weeks.

“It was a long term plan, I got the horse back after training him earlier in his career and we thought this series would be great for him,” Groves, who has seven in work, said.

“We have done the miles to get the non-TAB starts into him.

“It is a good concept that the horses need to have the five runs, it is good for the bush.”

Groves is keen to have his sprinter fresh come Final time, thinking he will have a jump-out at Clifford Park in a fortnight and is unlikely to race again before the big dance.

It was a positive weekend for the Groves team – starting three gallopers around the state – of all which ran in the money.

Groves thinks V J Day – who won the Country Stampede Final in 2021 – will be hard to hold out in the BOTB Final, declaring he is the “benchmark” of the entire series.

The American-bred gelding won his Chinchilla heat by just over a length.

At Cloncurry on Saturday, Star Of O’Reilly – for trainer Todd Austin - justified his short price as he claimed the North West qualifier, winning by more than two lengths.

Star Of O’Reilly is a regular in regional feature racing heading towards the city, running second in the Magic Millions Country Cup earlier this year.

The Quilpie Diggers' Race Club non-TAB race meeting scheduled for Sunday was abandoned due to the state of the track.

This meeting was to feature a Battle of the Bush Qualifier, which will now be rescheduled to the Injune Race Club meeting on Saturday, June 11.

Qualifiers for the BOTB Final will be run this weekend at Bowen, Cunnamulla, Goondiwindi and Innisfail.

The popular series comprises 16 qualifiers, culminating in a Final at Tattersall's Tiara Race day at Eagle Farm on Saturday, June 25, 2022.