Premier Brisbane trainer Tony Gollan is confident with the strength his stable presents with ahead of the first Group 1 of the 2022 TAB Queensland Racing Carnival.

As of Tuesday afternoon ahead of the delayed Wednesday morning acceptance deadline, Gollan has four chances in the famous Doomben 10,000; Isotope, Vega One, Zoustyle and Baller.

With the eventual racing surface for the event yet to be decided with the impending rainfall expected to hit Brisbane, last year’s Kingsford-Smith Cup champion Vega One is certain to contest the race, regardless of venue, while there is question marks over the other three.

It is set to be decided on Wednesday morning if the Group 1 feature is to be run at Doomben or Eagle Farm. 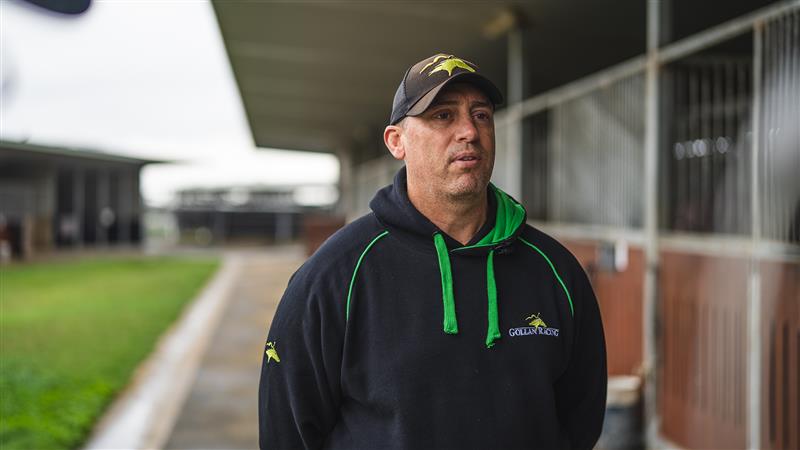 With plenty of questions still to be answered before the starter lets them go on Saturday afternoon, Gollan remains hopeful that the quartet that are in his barn gives him an excellent chance to win the race again.

“I would have preferred to see better runs out of Zoustyle and Baller at Eagle Farm, but I couldn’t be happier with Vega One and Isotope and where they are at,” he said.

“I have been looking at the race a fair way out and I thought Isotope was the filly I had on top for all of mine for this sort of race.

“I could not be happier with her preparation; it is just about the weather conditions.

“I still think I have got good strength in it, maybe not the depth, but I still think my top seed is probably still right up there with one the better chances in the race.”

It is a race that helped launch the training career of the Darling Downs product.

Gollan ran one-two in the Doomben 10,000 in 2014, with gun stable-mate Temple Of Boom less than a length behind winner Spirit Of Boom.

With uncertainty around Isotope, Zoustyle and Baller – Vega One will be a definite starter come Saturday afternoon in his second-up performance of his campaign.

The six-year-old gelding ran on well resuming in the Group 2 TAB Victory Stakes a fortnight ago and the leading trainer is happy with the way he is building into his 2022 winter preparation.

“I thought Vega One was really good late, he probably still needs one more and he will run in this race no matter what,” Gollan said.

“He has won on a really wet ground at Doomben before or if it was transferred to Eagle Farm, he handles this track well.

“I still think he is one run short, having missed a trial going in after such a long lay-off, he will need this run to bring himself on for the Kingsford-Smith and the Stradbroke.”

On the way to his Kingsford-Smith Cup triumph of last year, Vega One ran an encouraging fourth in the Doomben 10,000, beaten under a length by Eduardo.

“He was a run ahead this time last year, he had a 1000-metre run, then the Victory Stakes and then this run,” Gollan said. 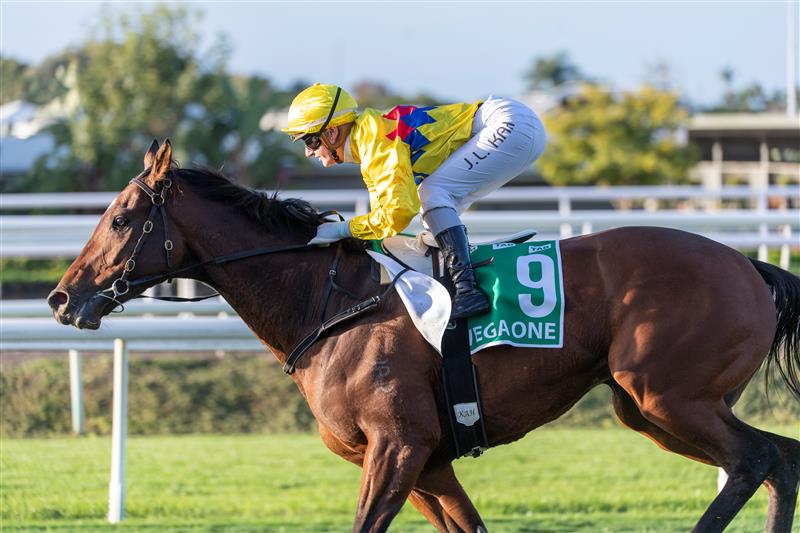 “He was that run ahead and plus he had three trials that time.

“I have just been a little bit behind with the injury from last year's Stradbroke with him, I am picking up head way but I feel I am a touch behind in his prep.

“Historically his third or fourth runs in a prep are his best, which will be the Kingsford-Smith and the Stradbroke.”

Of the other trio, Gollan says Isotope would not run on a heavy Doomben and is more likely to go around if the meeting were moved to Eagle Farm, while Zoustyle is also set to dodge a wet Doomben and could be saved for a race later in the carnival, or consider the Doomben 10,000 on Eagle Farm’s surface.

As for Baller, Gollan says he is also unsure if he would be seen on a heavy Doomben.

Of the quartet, Isotope is the most favoured by the TAB to roll hot favourite Mazu, rated a $9 chance, with the rest $26 and above.