Fetch the pick from O'Dea and Hoysted's Doomben trio

It will be business as usual for the training partnership of Steven O'Dea and Matthew Hoysted with three runners at Doomben on Wednesday ahead of its bid for a maiden Group 1 win later in the week.

O’Dea and Hoysted are walking a tightrope with Scallopini to gain a start in Queensland’s premier sprint, the $1.5 million Stradbroke Handicap at Eagle Farm on Saturday.

“We think Scallopini is second emergency at this stage so it’s going to be close whether he gets a start,” Hoysted said.

“A lot depends if Baller is paid up as a late entry.”

Scallopini is a $51 outsider for the Stradbroke Handicap after going down by just over two lengths when seventh to Apache Chase in the Group 1 Kingsford Smith Cup at Eagle Farm last month.

“He ran a super race last time and was only beaten two lengths and he drops from 59kgs to 53.5kgs if he gets a Stradbroke run,” Hoysted said.

They hope to continue their success with Red Rubi in the Class 5 Handicap, Fetch in the QTIS Three-Year-Old Benchmark 70 Handicap and Affectionate in the QTIS Two-Year-Old Maiden Plate on Wednesday.

They also accepted with former Sydney sprinter Head On Up in the Class 5 Handicap but will scratch after she drew poorly in barrier 11.

Red Rubi has won four of her 12 starts but hasn’t raced since winning a Class 3 at the Sunshine Coast in mid-April. 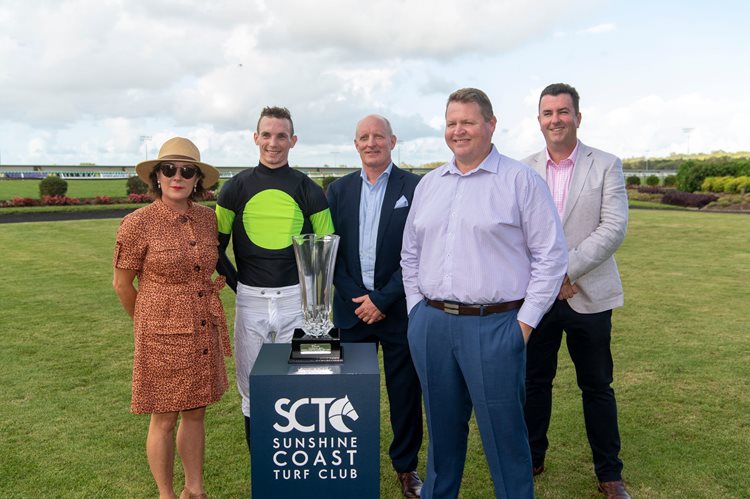 “Head On Up is a new addition to the stable but we decided not to run her from her wide draw,” Hoysted said.

“We’re happy with Red Rubi who had a break after she won at the Sunshine Coast.

“She won a provincial sprint series race and is heading to the Final.”

Fetch hasn’t raced since finishing ninth to Rhapsody Rose in the Listed Mode Plate at Doomben in December.

“She’s going well and won a trial recently and is probably the best of our runners,” Hoysted said.

“She’s only had a handful of starts as she’s been immature but she was always going to improve with time.”