Champion New Zealand trainer Mark Walker is hopeful a beefed up Entriviere can add an Australian Group 1 to her resume ahead of a future stud career when she lines up in the Kingsford Smith Cup at Eagle Farm on Saturday.

Entriviere has already claimed a win at the highest level in her homeland, winning the Group 1 Railway Stakes at Ellerslie on New Year’s Day.

But, Walker concedes an Australian Group 1 holds greater prestige in the breeding industry and a win on foreign soil would greatly boost her broodmare value when she retires at the end of next season.

A daughter of Tavistock, Entriviere produced an eye-catching run storming home from near last to finish third to rising star Mazu in the Group 1 Doomben 10,000 on May 14. 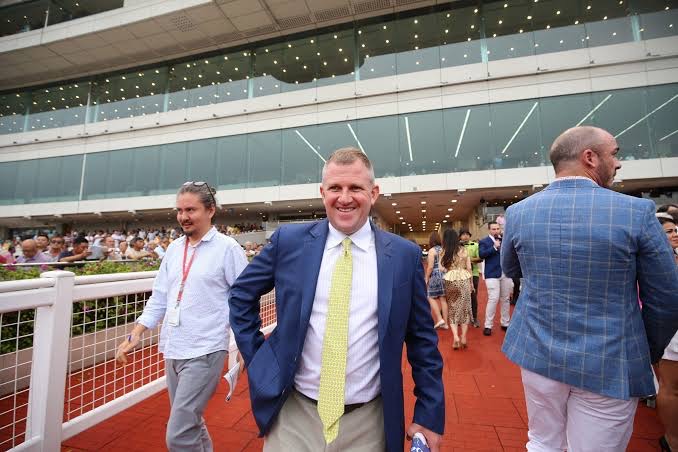 “She’s won a Group 1 in New Zealand and a Group 2 in Sydney and is now Group 1 placed in Australia,” Walker said from New Zealand.

“But, a Group 1 in Australia will enhance her CV as it carries more prestige.

“She’s only lightly raced and she’ll race on for another season.”

Walker spent 11 years in Singapore at the helm of Te Akau Racing’s Kranji operation and is now back training in New Zealand where he was crowned champion trainer four times.

His only Australian Group 1 win was with Darci Brahma who won the J. J. Atkins, which was formerly the T J Smith, at Eagle Farm in 2005.

Walker originally didn’t plan to run Entriviere in the Kingsford-Smith but the recent rain deluge and her weight in the Stradbroke Handicap forced a rethink.

“We’ll sit down and have a team talk and work it out after Saturday.

“She galloped well at Eagle Farm on Tuesday and we just wanted to see if she had recovered from her last run in the 10,000."

Walker had Entriviere's blood count checked after the Doomben 10,000 and it has come back in good order.

“She’s bounced through her first run so well and she’s picked up in her appetite and has put on five kilos,” he said.

Entriviere has drawn wide in barrier 17 but Walker is hoping it might be an omen.

“It is what it is, but hopefully by the time the race is run she might be on the best part of the track,” he said.

Entriviere is attempting to become only the third New Zealander to win the Kingsford-Smith, which is formerly the Carlton Cup and BTC Cup, after Gee I Jane in 2006 and The Bostonian in 2019.