Eleven Eleven poised to give Hickman another major in Stradbroke

Sydney trainer Greg Hickman has made a habit of making successful raids plundering northern riches and is hopeful of claiming his first Queensland major with Eleven Eleven in the Group 1 Stradbroke Handicap at Eagle Farm on Saturday.

Eleven Eleven retained his place as second favourite, firming from $7 into $5.50 in latest TAB markets, after drawing perfectly in gate five at Tuesday night’s barrier draw for the $1.5 million feature.

Ayrton, who is coming off a Hollindale Stakes flop at the Gold Coast a month ago, retained his place as the $5 favourite for the Stradbroke despite a horror barrier 19 while Alligator Blood fared worse with gate 21. 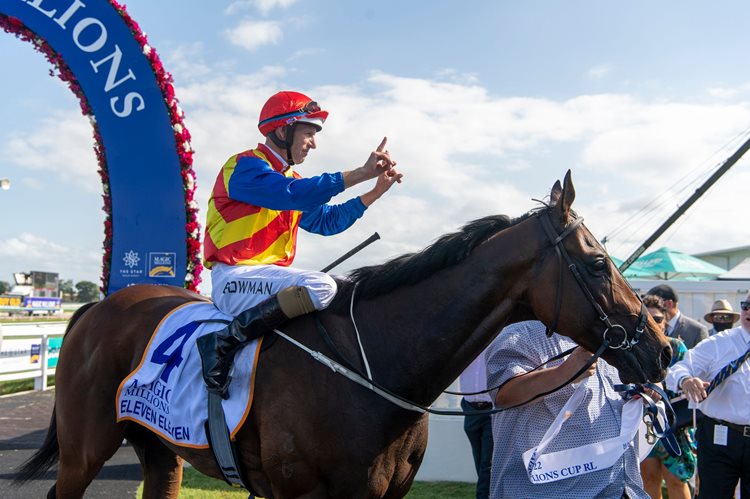 However, The Mick Price and Michael Kent-trained Ayrton will come in four placings without the emergencies and has history on his side with 15 of the past 30 winners drawing double digit barriers.

Hickman had hoped to draw between four and 11 and was delighted when the five marble was revealed.

Queensland has a strong representation in this year’s Stradbroke with seven starters in the field of 18 plus five emergencies.

Apache Chase, who gave trainer Desleigh Forster her first Group 1 win in the Kingsford Smith Cup, is third favourite at $8.50 after drawing barrier three while Isotope, in barrier 4, is at $11 in her bid to give trainer Tony Gollan his first Stradbroke winner.

Eleven Eleven is a seasoned traveler, having made five previous trips north, since making his first Queensland appearance as a two-year-old in 2018.

A son of Fastnet Rock, Eleven Eleven won the Magic Millions Guineas in 2020 after Alligator Blood was disqualified and followed up with successive victories in the past two Magic Millions Cups at the Gold Coast.

Hickman is a three-time Group 1 winner and has timed Eleven Eleven’s Stradbroke preparation perfectly keeping him in the same routine as much as possible.

The five-year-old tuned up for his Stradbroke attempt with an eye-catching third to Apache Chase in the Kingsford Smith Cup over 1300 metres at Eagle Farm last month.

“He’s improved every day since his last run and if it was 1400 metres that day he probably would nearly have won,” Hickman said. 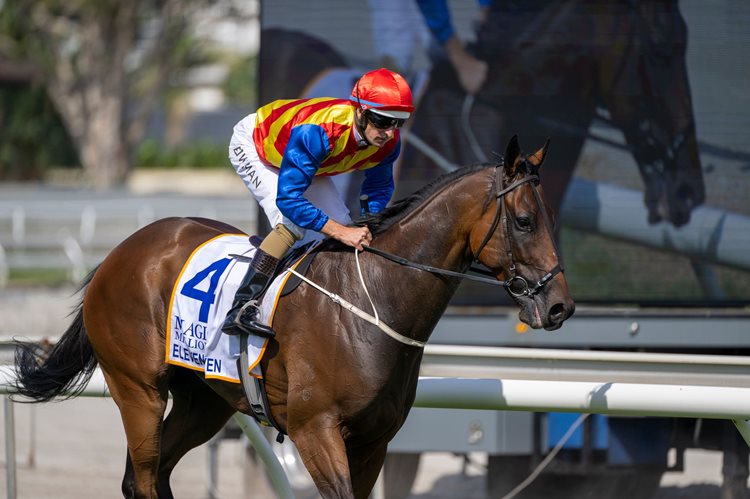 “He’s spot on for the Stradbroke and we’ve done everything we possibly can with him.

Hickman was delighted with Eleven Eleven’s work on Tuesday morning which has topped him off nicely for his Stradbroke assignment.

“He wasn’t out to break the clock and he went through his gears well and was comfortable and relaxed nicely,” he said.

“He’s going as good as he’s ever gone and I think I’ve got him in the right frame of mind.”