Kiwi trainer Tony Pike is expecting big things from the regally bred Tutukaka in Brisbane this winter and is hopeful the three-year-old will stake his claims for the Queensland Derby in the Rough Habit Plate at Eagle Farm on Saturday.

Tutukaka was ruled out with a minor foot injury from the Group 1 New Zealand Derby at Ellerslie in March and is part of a strong team Pike has sent across the Tasman for the winter.

A son of noted staying sire Tavistock, Tutukaka is a half-brother to 14-time Group 1 winner Melody Belle and was purchased by Pike for $250,000 as a yearling from the 2020 New Zealand Bloodstock sale. 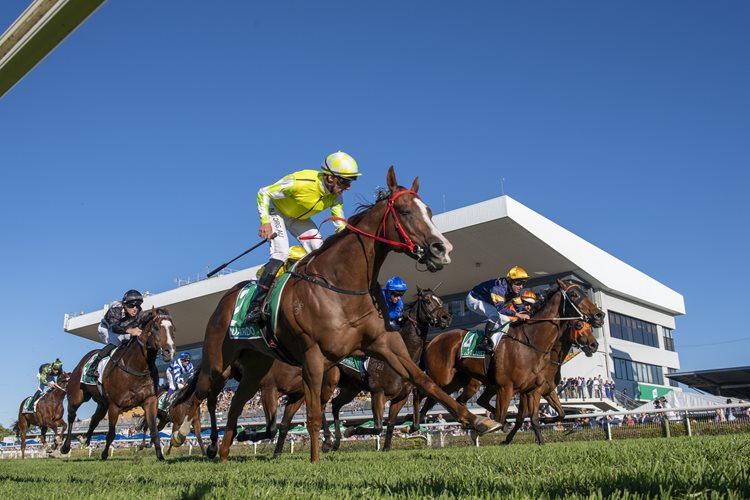 Tutukaka will be joined in the Group 3 feature by stable-mate Ruach, who also will be on trial for Group 1 Queensland Derby at Eagle Farm.

Tutukaka, who is set to be ridden by Nash Rawiller this Saturday, has had one run back from a freshen up after missing the New Zealand Derby when he was one of the main fancies.

He had his first run since the injury setback when he finished a close second on a heavy track at Avondale on April 25.

“He’s going into this race second-up after a short break and he’ll improve off this run for the Queensland Derby,” Pike said.

“He had a slight foot injury after he ran in the Guineas at Ellerslie which forced him out of the Derby in which he was second favourite at the time.”

He has drawn barrier 12 in the Rough Habit Plate but comes in two places if the emergencies don’t secure starts.

“I would have preferred a better draw but how he goes will depend on how the track plays and whether they start to move off the fence,” Pike said.

“Ruach has been running in some good quality three-year-old races back home but this is his biggest test in the Rough Habit.

“He’ll go on to the Derby if he runs well otherwise, he’ll go back in trip to the Gunsynd over 1600 metres.”

“They’re two nice progressive types and will get better once they step out to 1400 metres,” he said.

“Dimaggio Joe has drawn bad and will have to go back from his alley while Slipper Island has drawn okay and will be hitting the line strongly.”

Dimaggio Joe won his only start over 1300 metres at Hastings in mid-April while Slipper Island has started twice, winning his recent outing over 1200 metres at Trentham on March 19.