Cunnamulla trainer on track for Battle of the Bush decider

After a myriad of wash outs and transferred meetings – all 16 of the Battle of the Bush qualifiers have been run for 2022.

And, it was a gelding named Expellable who grabbed the last position at the Eagle Farm Final later this month at Cunnamulla.

Like countless stables around the Sunshine State, the Cunnamulla-based yard of Garry Bignell have had to do some juggling in recent weeks to find a BOTB heat to run in.

The veteran bush racing man had hoped to head to Quilpie last month, which was washed out, as was the original Cunnamulla BOTB heat – pushed back seven days later.

The Cunnamulla and District Diggers' Race Club were finally able to run their race day on Sunday afternoon – a day after four other BOTB heats were held across the state – as the six-year-old son of Unencumbered was able to claim the last of 16 spots in the Final.

The gelding has now won his last two on his home track, claiming Sunday’s Open Plate over 1200 metres, with jockey Steven Galvin in the seat.

“He is a horse that has had injuries but I was quite happy with this run on Sunday,” Bignell said.

“He got galloped on badly about eight months but he is only sort of getting over it now.

“We expected him to go all right on Sunday.”

The stable took him to Birdsville earlier this preparation but the gelding failed to fire at the popular track.

While Bignell has been around racing for much of his life, he is still a relatively new to the Sunshine State bush racing scene on a permanent basis, moving north over the border around 18 months ago.

He was previously based at Nyngan in NSW.

“The wet weather has buggered us up a bit, we have missed a few meetings,” he said.

“We were lucky that Cunnamulla put the races on this week as it was a washed out meeting from the week before.”

The gelding, a seven time career winner, won first-up for the stable at Noorama last year.

In his late 70’s these days, Bignell has trained metropolitan winners in Sydney and Melbourne earlier in his career and he will aim to add Brisbane to that list later this month.

“It will be a hard race to win,” he said of the BOTB Final.

Bignell regularly teams up with stalwart regional jockey Ross Tilley, with the combination picking up a winner at the Birdsville carnival earlier this year with the well-supported Pass The Card. 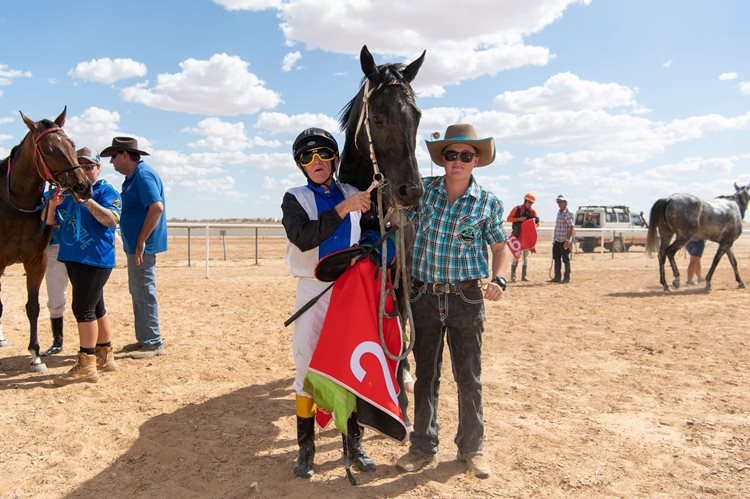 In a busy weekend of BOTB qualifiers, bargain-basement buy Kappy Cino rewarded trainer Jackie Crompton with a place in the lucrative $200,000 decider following a gutsy win at Toowoomba on Saturday night.

At Gayndah, the Andrew Mead-trained Frisco’s Image started as one of the outsiders in the field but did enough to score by just under half a length.

A few hours west from Gayndah at Injune, it was the Rodney Hay stable who secured their position at Eagle Farm.

Hay’s Galapagos finished midfield in the Final last year and gets his chance to go even better in 2022.

Regular city visitor Todd Austin earned another trip to the big smoke after Kedleston grabbed the Barcaldine heat as the well-backed favourite.

It is the second runner from the prolific bush barn of Austin to land in the decider, following Star Of O’Reilly getting the cash at Cloncurry earlier in the series.

The popular series culminates in a Final at Tattersall's Tiara Raceday at Eagle Farm on Saturday, June 25, 2022.