Country Spotlight: Regional stables back for more Battle of the Bush glory

To reach one Battle of the Bush Final is a significant achievement for a regional stable from around the Sunshine State.

As we close in on the 2022 decider this Saturday at Eagle Farm, many country gallopers and trainers are back in town for a second or third crack at glory.

The Final will be run for $200,000 this year with all the racing districts from around Queensland set to be represented on the big stage of Tattersall's Tiara Raceday.

Pat Webster and his in-form gelding make their way back to the city on the back of a handful of victories on the bounce.

V J Day has not tasted defeat since October of last year and will carry the equal top-weight in Saturday’s decider.

While it is American-bred gelding’s first appearance in a BOTB Final, he has had luck in show-piece country races in town before.

Based out of St George in the Downs region, Webster is back again in the BOTB decider after having the now retired Oh Why contest the Final in 2021.

For long periods of the 2021 Final, it looked like Emerald horseman Raymond Williams was going to claim the prize.

Williams’ Ahwahneechee was over run in the closing stages – eventually being beaten just under a length – but he is back again this year after qualifying through a heat on his home track.

Ahwahneechee and Williams are another stable who has big race knowledge in the city, finishing second to V J Day in the Country Stampede decider late last year.

It could be a crucial appointment after the 55-year-old won the 2020 edition of the Country Stampede Final with Hard Stride.

It would not be a Final of the BOTB without the Mackay-based stable of John Manzelmann. 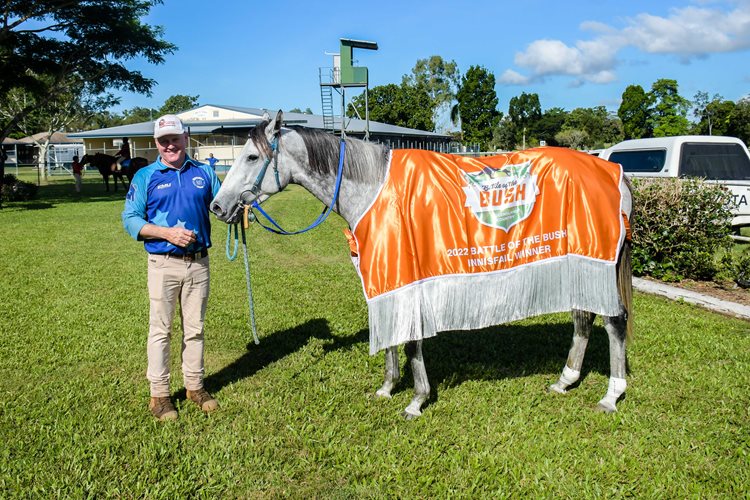 Manzelmann is known to travel far and wide across Queensland with his team of horses trying to win races and he has been a regular in this event over the years.

In 2022 he presents with Raiden – who finished almost seven lengths behind the winner last year – and Ella Beach, with the grey mare making her first appearance at the level.

The Manzelmann barn were on hand for the first running of the BOTB Final in 2018 with Gingersnap running fifth, while they had two finalists last year.

Raiden won through to his second decider at Mt Isa while Ella Beach booked her ticket at Innisfail’s Pease Park.

The Mackay-stable of Olivia Cairns is BOTB royalty after scoring in the inaugural edition of the popular race with Mason’s Chance.

The veteran gelding – Mason’s Chance – could not force his way into the 2022 Final, running second in two different heats, Emerald and Bowen.

Mason’s Chance is an emergency for Saturday’s race – and enjoyed a recent Gold Coast trial – but it is unlikely the old campaigner will force his way into the field.

Stable mate Ammoudi Bay will carry Cairns’ hopes of lifting her second BOTB title after winning through at Home Hill earlier this year.

Star Of O’Reilly and Kedleston

While the gallopers are newcomers to this stage of racing, their trainer certainly is not.

The leading Barcaldine barn of Todd Austin arguably arrives at the BOTB Final with his best chance of taking out the event in 2022.

Austin’s Fully Maxed ran a gallant race last year – finishing almost three lengths behind the winner – while Doom was around the mark in Country Cups Challenge Final last year at Doomben, as well.

Star Of O’Reilly and Kedleston have both won three of their four starts this preparation and head into the Final with genuine claims.

The Austin team are in red-hot form this year, claiming the Birdsville Cup as well as the recent Outback Racing Showcase event. 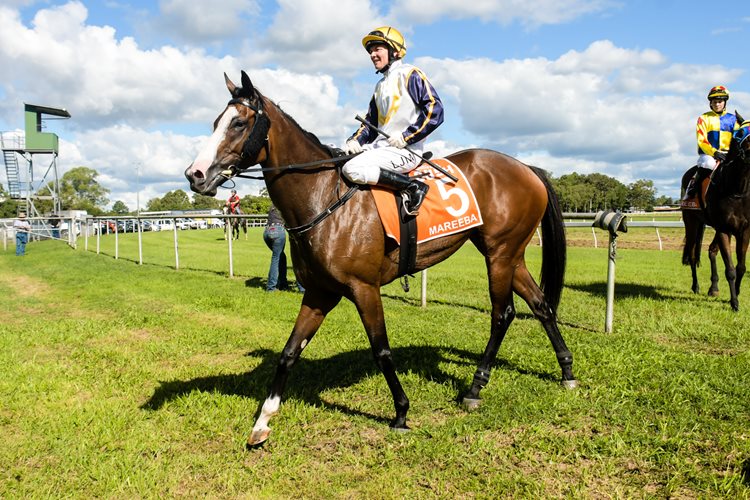 Another that is back for a second crack, nothing went right for the Georgie Holt-trained galloper last year.

From a wide gate, the Townsville mare went forward before fading late on to beat just one other horse home.

The five-year-old was consistently unlucky in the 2021 Series, running second in three separate heats across the north of the state.

The locations for the close finishes were Mareeba, Home Hill and Charters Towers.

She eventually forced her way into the Final field at Eagle Farm as winners of the heats did not accept for the decider.

Almost 12 months on from the 2021 Final, Hit Snooze took luck out of the equation this time around, qualifying at the Mareeba heat.

The Ilfracombe stable of Rodney Little will be out for a slice of luck in Saturday’s decider. 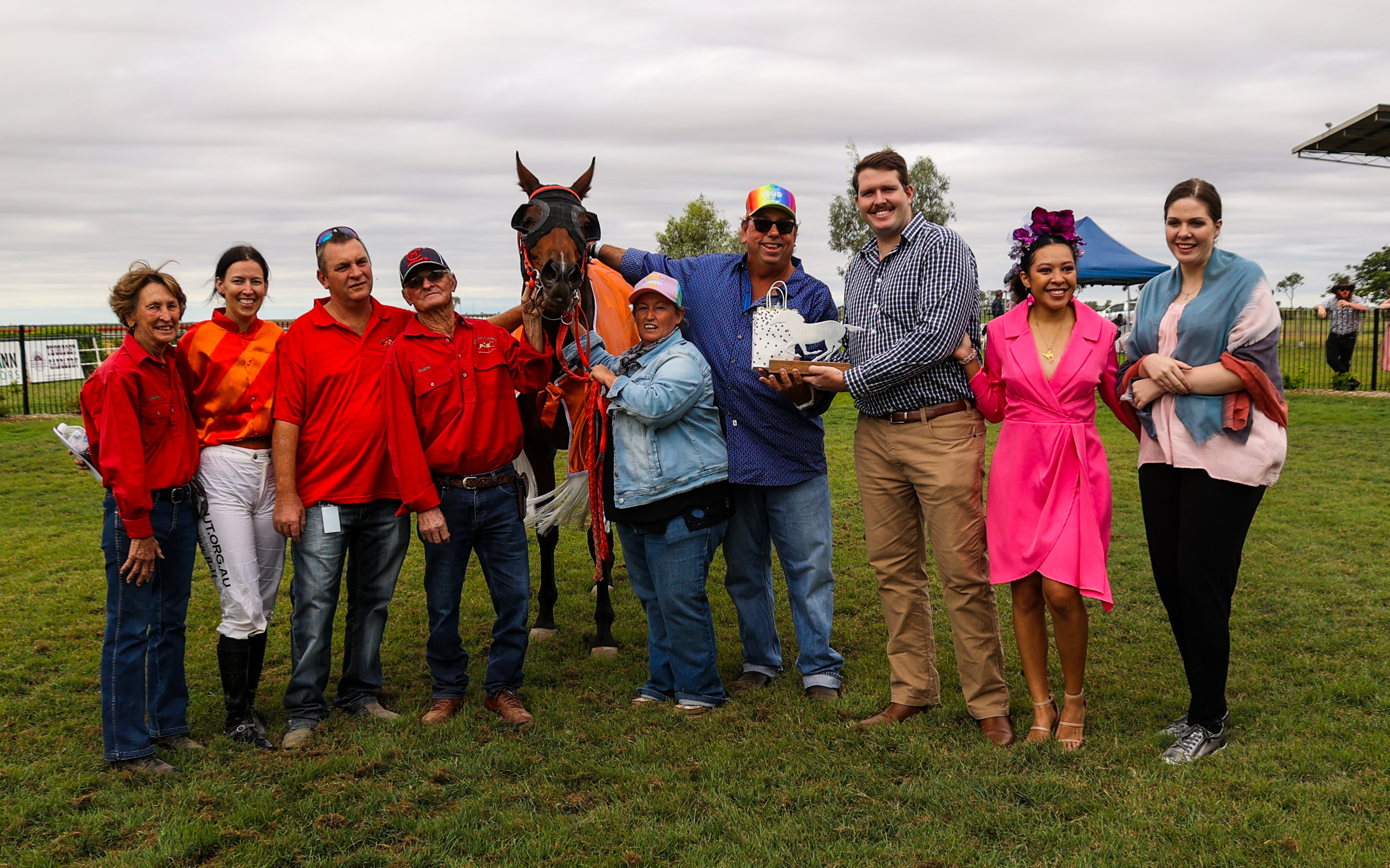 The veteran trainer has been a regular presence in races of this nature in recent years, with his gallopers always putting in an honest effort.

Way back in the first edition of the decider in 2018, Little’s Kakakenny ran a big race – finishing three lengths behind Mason’s Chance – under the guidance of Larry Cassidy.

The following year, Kakakenny put in another huge effort, beaten just over two lengths as the grey gelding finished fifth.

The Central West stable qualified Jarhead through the Longreach heat and they have stuck with regional hoop Emma Bell for this Saturday.

Rodney Hay knows exactly how to qualify his seven-year-old gelding for a Final.

The Taroom-based stable are this week hunting their third go around in a regional race in town – having contested the Country Cups Challenge Final in 2020 before a memorable effort to finish eighth in the BOTB decider of last year.

Hoop Tasha Chambers has been Galapagos’ pilot on two occasions already this year and has been booked for Saturday’s Final.