A black-type victory is an achievement that has so far eluded rising apprentice Kyle Wilson-Taylor and he is eager to skip a few steps and go straight to the highest level this week.

The 22-year-old has a pair of Listed top three finishes on his resume, to go with his debut Group 1 booking earlier in the rich winter part of the Queensland season.

He thought his black-type dreams were about to be answered last Saturday afternoon at Bundamba but he was forced to settle for minor placings in both the Gai Waterhouse Classic and the Ipswich Cup.

The former Darling Downs-based apprentice grabs another valuable Group 1 opportunity this Saturday aboard Enchanted Heart in the Tattersall’s Tiara.

After earlier in the week thinking the Kris Lees-trained mare was going to be an emergency, Enchanted Heart has nabbed a start and will start from the inside barrier. “It is an even sort of a race for a Group 1 field, so hopefully from the good alley we can position up nicely and be there at the finish,” Wilson-Taylor said.

The Lees stable is one who have backed the emerging youngster in his career, putting him on 12 times, which has yielded two victories and five other minor placings.

Enchanted Heart is raced by the prominent Australian Bloodstock team and Luke Murrell from AB says they had no hesitation booking the apprentice for the last Group 1 of the campaign.

He will be the only apprentice riding in the Group 1 feature from Eagle Farm on Saturday.

“Technically, he’s still an apprentice but he doesn’t ride like one, he rides like a senior,” Murrell said.

“It’s a reward for how he's been riding over the past few months and we know that he’s going to be more excited than an older jockey getting just another Group 1 ride.”

Wilson-Taylor collected a winning double at the Wednesday metropolitan meeting at Doomben this week, pushing him past 50 triumphs for the season as he edges closer to lifting the coveted apprentices’ title.

He has ridden Group 1 level horses on the way to the elite level – Incentivise and Gypsy Goddess – and debuted at the level in the Queensland Derby at Eagle Farm aboard Red Wave earlier this year, who finished eighth.

The youngster has dreamed since he was a kid of winning a Group 1 event and says he does not feel out of his depth up against the highest credentialed riders in Australia every week during the carnival.

“It was a great stepping stone in my career and something I have dreamed of since I had the idea of becoming a jockey as a kid,” he said.

“It was a huge thrill and now it is about finding some fast ones and hopefully win one. 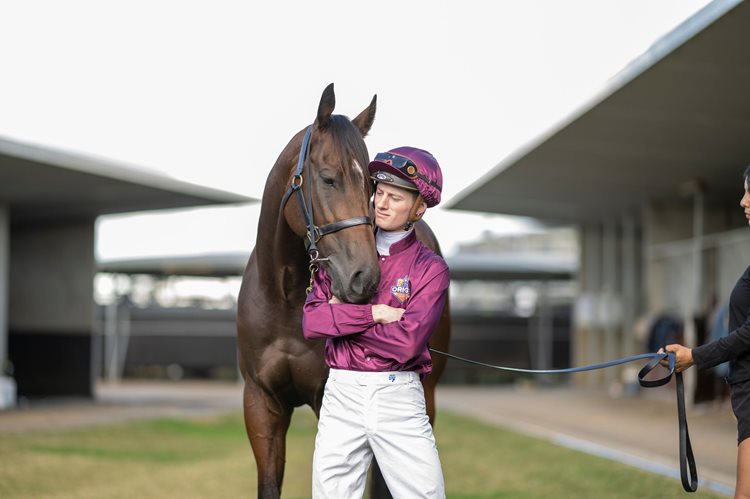 “It is all a stepping stone and I definitely do not feel out of place competing against the jockeys that I am riding against at the moment.

‘’They are helping me learn every time I go out there, I still feel there is more improvement there and riding against these great riders, it is helping me sharpen up.”

The Victorian product is thankful for the support from Lees and Murrell, in the $700,000 feature for fillies and mares, to book him for the mare who last started in the Group 2 Dane Ripper Stakes.

“Kris has been someone who has put me on since I have come to Queensland,” he said.

“I have had a bit of luck for him and he has been supportive of me.

“For him to put me on a Group 1 is a big thing and something I am very thankful for and hopefully we can win it.”

As of Thursday afternoon, the TAB have Enchanted Heart rated as a $51 chance for Saturday, with Annavisto the $5 favourite in a wide-open affair.